DNCD seizes 176 packages of cocaine and arrests two in Barahona 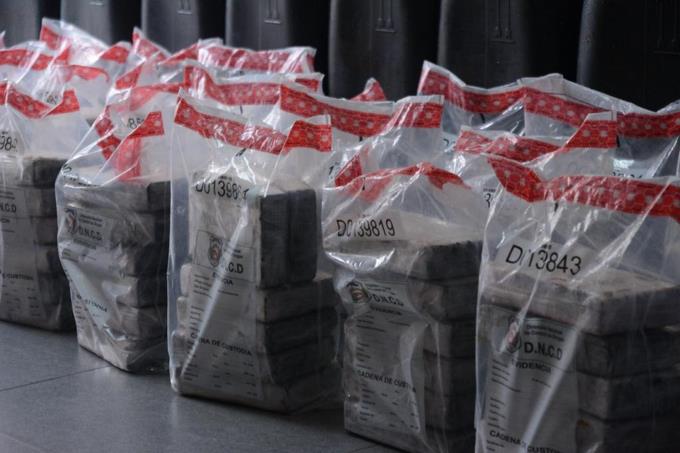 The National Drug Control Directorate (DNCD) seized 176 packages of presumed cocaine in a maritime and land interdiction operation carried out in Barahona.

DNCD agents and members of the Navy chased the occupants of a speedboat that was intercepted several nautical miles south of the coasts of that province, according to a press release.

“When boarding the vessel, about 25 feet long, two Dominicans were seized and seven sacks (pacas) containing the 176 packages of the substance were seized,” indicates the DNCD.

The authorities have determined that the boat occupants, who will be brought to justice in the next few hours, arrived on Dominican shores from South America.

“After receiving an alert, the tactical and reaction units mobilized along the entire coastal coast of Enriquillo and Oviedo, managing to thwart the entry of the cargo into the country,” the press release said.

The 176 packages were sent to the National Institute of Forensic Sciences (Inacif) to determine the exact type and weight of the substance.