“Flurona:” 40 samples investigated to know if there are cases in the country 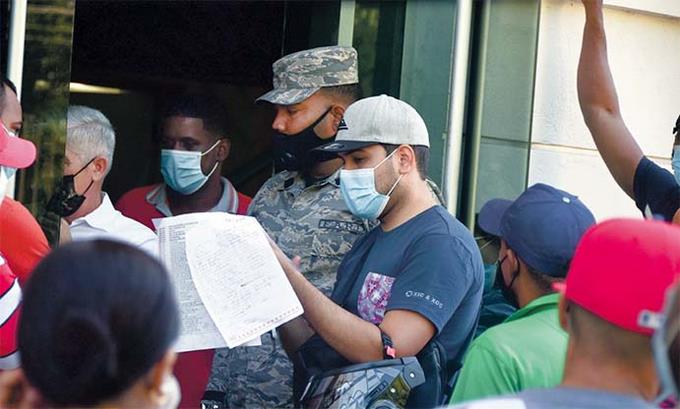 The country is under pressure from influenza viruses and Covid-19.

Santo Domingo, DR
The country has investigated more than 40 samples from patients with symptoms characteristic of the Covid-19 and influenza viruses to determine if there are simultaneous infections, known as flurona. Still, so far, none have been confirmed.

According to the Ministry of Public Health information, the cross-matching of samples has been carried out at the Dr. Defilló National Laboratory. In all the samples investigated, positive results have been obtained for Covid-19 or influenza, but none of the cases has confirmed a double infection.

However, the country is following up on the new findings of this virus combination released by Israel, and investigating the tests of suspected cases, said the Communications Manager of the Ministry of Public Health, Dr. Carlos Suero.

He said that the surveillance is closely monitored by the General Directorate of Epidemiology and the Vice-Ministry of Collective Health. They have a record of 43 samples sequenced and cross-checked at the National Laboratory.

Recently, Israel reported that it detected its first case of simultaneous infection of Covid-19 and influenza virus, known as “flurona,” in an unvaccinated pregnant woman, according to press reports from the Efe news agency, which indicated that the Israeli Ministry of Health detailed that the woman was discharged on the 30th.

Double infection not ruled out
In this regard, neurosurgeon José Joaquín Puello says that the presence of cases of this double infection is not ruled out because this is the seasonal influenza season, and the viruses are combined, so it will not be strange at all if they are found combined in some patients.

He said that although health personnel has been vaccinated against Covid and influenza, it is advisable to protect themselves. He recommends wearing double masks, not crowding together, and keeping a distance from patients to avoid affecting front-line personnel.