Dominican law: hire an illegal alien, pay a US$1,000 fine 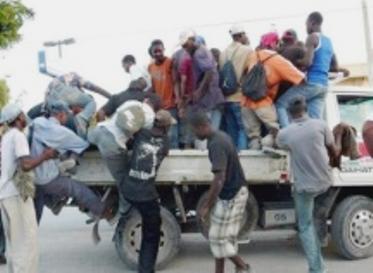 Santo Domingo.- The grace period is over and companies or employers that keep irregular foreign workers will be subject to fines ranging from five to 30 times the minimum wage (US$1,500), according to the ultimatum of the National Immigration Council.

“The General Directorate of Immigration is already taking action, which has to ensure compliance with the law (285-04),” said Juan Manuel Rosario, vice minister of Migration Management and Naturalization of the Interior and Police.

On September 28, 2021, the Government announced that companies and employers have three months to employ according to the statutes based on the General Law on Migration to foreigners.

Rosario clarified that it is not a question of regulating the immigration status of the employee, but of establishing the hiring of foreign workers who have documents, or to employ Dominicans instead.