Greater Santo Domingo with 49.5% positive of those tested for COVID-19 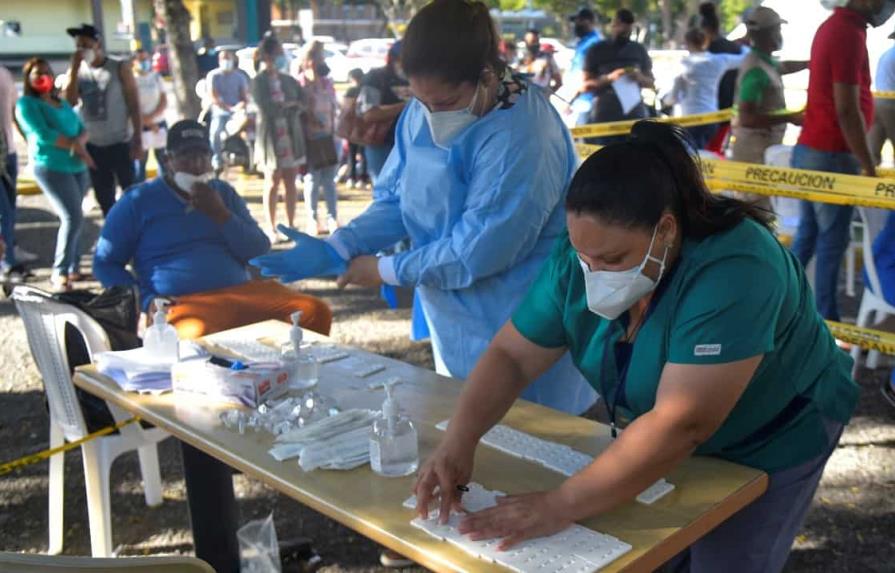 The fifth wave of COVID-19 has been the cause for daily records of sample processing in 24-hour spaces, while the highest values of positive cases have been reported since records of the pandemic have been kept in the country.

From January 1 to 7, 129,411 samples have been taken, of which 69,816 are PCR and 59,595 antigenic tests, highlighting that for the first one, it is necessary to present a medical condition, meaning that in just one week, about 70 thousand people have been consulted in a health center and have required the definitive diagnosis provided by this test.

In the first seven days of the year, a total of 31,258 new cases of coronavirus have been detected, which subtracting the difference of 6,422 recovered between days 1 and 7 leaves an actual total of 24,836 infected throughout the country.

In Santiago, 2,952 positive infections were recorded in the first seven days of 2022, representing 9.4% of the weekly total.

In La Altagracia, PCR sampling and antigenic testing determined that 1,006 persons were infected with COVID-19, 3.2% of the total in the first week of the year. It is important to note that this province was the first in the entire country to reach 70% of the population vaccinated with two doses of biological antivirus.

Officially, 99 health personnel have been infected these seven days. However, the Dominican Medical Association (CMD) and the National Association of Nurses (Asonaen) held press conferences to indicate that the number exceeded this figure by hundreds.

It was also reported that eight pregnant women were infected at the beginning of the new year.

In terms of fatalities, there were eight deaths, for 4,255 deaths since the start of the pandemic.

Despite these deaths, the case fatality rate has remained low, starting from 1.01% on January 1 and dropping to 0.94%, according to the latest epidemiological bulletin, number 660.

Positivity has remained fluctuating. The Dominican Republic began the year with 37.59%, with the highest increase occurring on January 3, when it rose to 46.48%. On January 7, values dropped to 38.14%.

In the meeting with the press last Wednesday, the National Director of Epidemiology, Dr. Ronald Skewes, stated that “yes, there has indeed been a slight increase in the occupancy of beds but it is not comparable with the increase in cases,” noting that “there are many cases, but of mild conditions that are treated on an outpatient basis.”

The use of ventilators, from 16%, rose to 26%, and from there, it has dropped to 22%, a figure currently observed with 105 patients on mechanical ventilation.