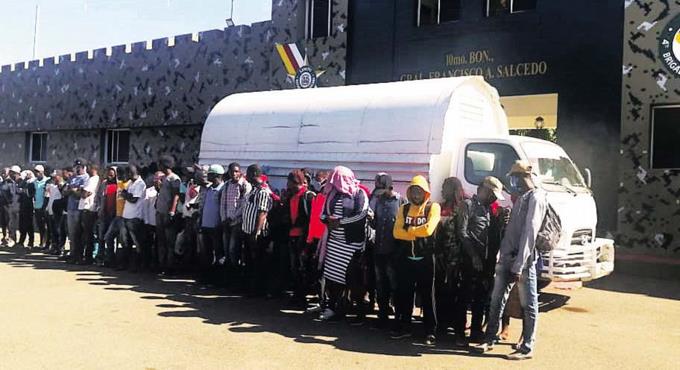 The interest of Haitians to enter the Dominican Republic has increased, after authorities of the Ministry of Public Health in Dajabón, together with other civil and military institutions, reinforced health security measures in the face of the increase in cases of Covid-19,  respiratory diseases, and flu in the neighboring country.

The Dominican authorities announced antigen and PCR tests and free vaccination for foreigners who enter the country through this section.

Haitians try to enter the country en masse to get vaccinated and buy flu medicines given the shortage of these drugs in their country.

The director of Public Health in the province of Dajabón, Francisco García, said that the measures in the area have been reinforced and that tests are being taken on all people who enter this country from Haiti.

According to the local official, foreigners who try to enter Dominican territory must have the vaccination cards of their countries.

But if not, the Dominican authorities will do the rapid tests and vaccination for free, stating that the Dominican population must be protected.

Expensive vaccines in Haiti
Many of the Haitians detained by Army soldiers lamented that there are few vaccines in their country and that in the centers where there are, they have to pay unaffordable prices.

The Haitian domestic Michelly Charlies, while waiting with other compatriots for their repatriation process, said that she tried to enter with her mother and three of her brothers, two females and a male, to be vaccinated against Covid-19 in Dajabón and later return to their native land in Mont Organisé, near the northern Dominican border.

However, she said that the guards stationed in the border area seized her and her relatives and handed them over to the immigration authorities.

Like the opinion of many of the illegal immigrants detained, Charlies says that in Haiti, to be vaccinated against virulá (Covid-19), you must have 5,000 gourdes, about 6,670 Dominican pesos.

The Haitian nurse Sonia Pierre proclaimed that health in Haiti is costly, because contrary to the Dominican Republic, there is no occupational health and social security system that protects workers when they get sick.

She noted that this is another reason why many Haitians want to reach the Dominican Republic, crossing the border illegally.

1,627 detainees
Since the Bayahonda operation was relaunched, on the 2nd of this month, with the presence of the commander of the Dominican Republic Army, Major General Julio Ernesto Florián Pérez, as of Saturday, at least 1,627 undocumented Haitians have been detained in the Northwest for guards of the Fourth Brigade of that military corps.

The commander of the Fourth Army Brigade in Mao, Colonel Germán Rosario Pérez, reported that the Army had seized a large number of alcoholic beverages from Haiti of different brands.

Stopped.
The commander of the Fourth Army Brigade in Mao, Colonel Germán Rosario Pérez, reported that intelligence agents from the S-2, the Tenth and Ninth Battalion of that military entity, arrested the Haitian Frank Pierre. The latter was transporting 10 of his illegal compatriots.

Place
According to the military high command, the arrest took place at the military checkpoint of Los Laureles, two kilometers from the urban center of Dajabón.

The Haitians traveling to the border for help is the reason why the international community should get involved to halt the humanitarian crisis in Haiti.

It is not reasonable to ask for the International Red Cross, Pan American Health Organization, WHO. or UN get involved, to set up medical clinics at the border and internal locations in Haiti to stop the present health demand on the RD.