Low flow of people in vaccination and diagnostic testing centers 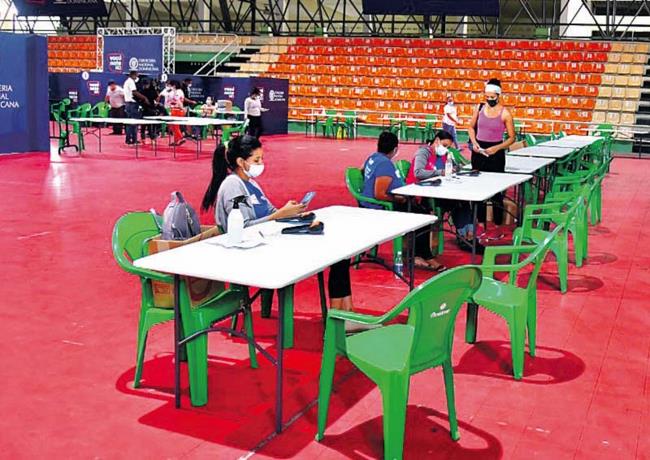 WEEKEND : Yesterday there was an evident decrease in people at Covid vaccination and testing centers in the capital.

In Santo Domingo, the presence of people in the vaccination centers has decreased; yesterday morning, there were less than ten people, most of them inoculating the third dose, few for the second.

Since he attended the place to apply the fourth dose, Mr. José Gilberto Guerra was the exception in the vaccination center located in the Juan Pablo Duarte Olympic Center.

José Gilberto, 71 years old, decided to inoculate himself for the fourth time to prevent and protect himself against covid-19. The man confessed that he had previously been infected before being vaccinated but reported that he was not admitted, only presented fever and symptoms of exhaustion.

He also said that one of the things that prompted him to get vaccinated was the virus outbreak that circulates in the country. “You have to be vaccinated and be sure that the vaccine does not hurt,” José Gilberto took advantage of to invite the population that has not been vaccinated to do so.

The fact that few people go to the anticovid vaccination centers is associated with the long weekend in progress, and it is expected that from tomorrow more will appear.

Since October 17, it has been mandatory to show the vaccination card in public and private spaces for public use, with at least two doses; but from the 31st, the third dose will be necessary.

PCR tests
Although many people attended the PCR test areas yesterday, the flow felt lower than on previous occasions.

The listings in the Sports Hall of Fame and the Fencing Hall at the Olympic Center contained around 300 people each.

Many of those outside the pavilion waiting for their turn did not have long since their arrival; some had an hour and others a few minutes. The most common reasons they attend are because they have close people who tested positive and others because they have mild symptoms of the virus.

Maritza Montero and her son Juan Carlos Araujo tested positive for covid on January 1 after attending the same pavilion. A week later, Juan Carlos, his mother, and his partner decided to return to find out about their health, and the results were negative.