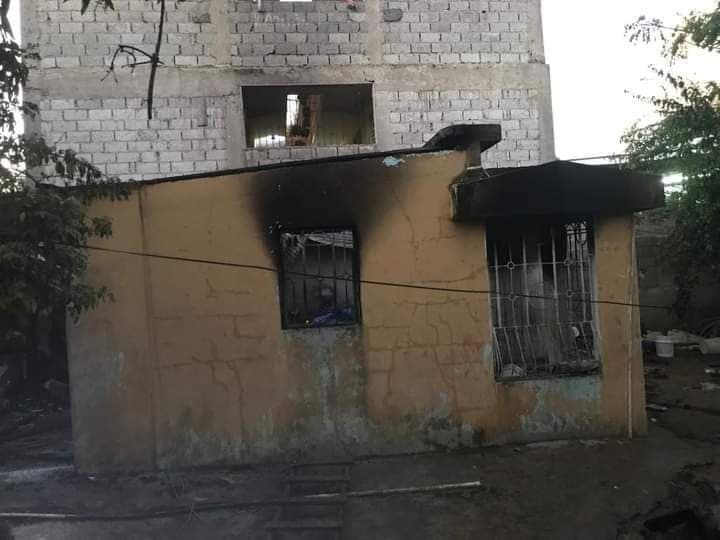 LA ALTAGRACIA .- Three minors between 3, 4, and 12 years old burned to death due to a fire caused by a gas leak, which caused a cylinder to explode in an event recorded in the late afternoon of this Friday in La Gallera in this city.

The explosion and subsequent fire were caused by a stove lit while there was a gas leak that had already filled the room. At the moment, the victims have not been identified.

The children’s bodies were found under the rubble of a bed that was reduced to ashes by the flames that consumed the house.

According to witnesses, the children of Haitian nationality were left locked up with a padlock by their mother, who had gone out to work.

The scene of the explosion was attended by firefighters and the Civil Defense of Higüey, as well as dozens of volunteers.

Sad and tragic fire, three children having no hope of escape resorted to hide under a bed. May they RIP. Locking children inside the house is not unheard of when there are no resources found to help a working parent.

Suspect the cylinder, stove, and connections were not maintained as a result of ignorance and hardships of poverty. The cylinder inside the house always is an accident waiting to happen.