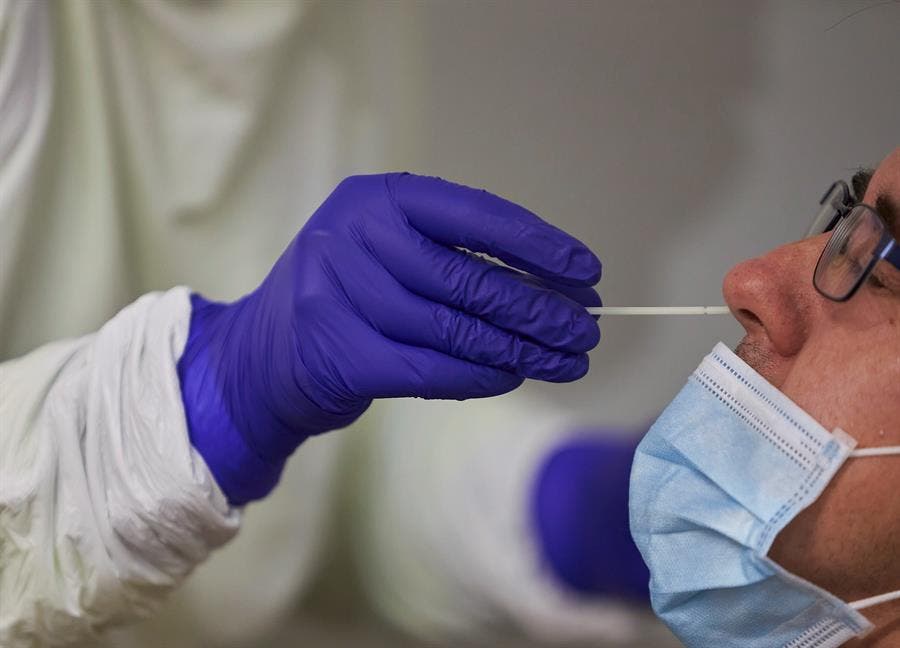 The Ministry of Public Health (MSP) reported the addition of 6,331 new positive cases for the SARS-CoV-2 virus after processing 29,717 tests to detect the disease during the last 24 hours.

Meanwhile, hospital occupancy is 38 percent, with 857 people admitted from the 2 2,261 existing beds for patients with COVID-19 disease.

According to the epidemiological bulletin #669 issued by the General Directorate of Epidemiology (DIGEPI), it indicates that daily positivity stands at 35.93 percent. In comparison, those of the last four weeks stand at 29.73 percent, with one death reported in the previous 24 hours.

The institution indicates that the total number of deaths registered is 4,269. The lethality due to the disease continues to decline and stands at 0.85 percent, while mortality per million people is 408.58.

The report issued by the Health authorities indicates that 2,108 were positive in the National District, 1,107 in the Santo Domingo province, Puerto Plata 453, Santiago 381, Espaillat 334, Valverde 239, La Romana, and La Vega 281 respectively.

While the number of samples processed in the country since the pandemic began is 2,801,578, equivalent to 268,132 per million inhabitants.

The Ministry of Health, in its report, records that the occupation of beds for COVID-19 is 38 percent of the 2,261 available, the beds of the Intensive Care Units (ICU) are at 38 percent of their occupation is 225 of 585 public, for 30%. While the use of ventilators is 31 percent, 144are  occupied out of 469 available.

The epidemiological report indicates that deaths from hypertension as comorbidity are 23.75 percent, while with diabetes, 14.83 percent. One thousand eight hundred one pregnant women have been affected by the virus; 2,167 health workers and 55,240 young people under 20 have acquired the disease.

The authorities ask the population to continue preventive protocols and not lower their guard against variants of this disease, maintaining hygiene measures, the relevant distance and going to mobile and fixed vaccination centers to apply the dose of their corresponding vaccines.