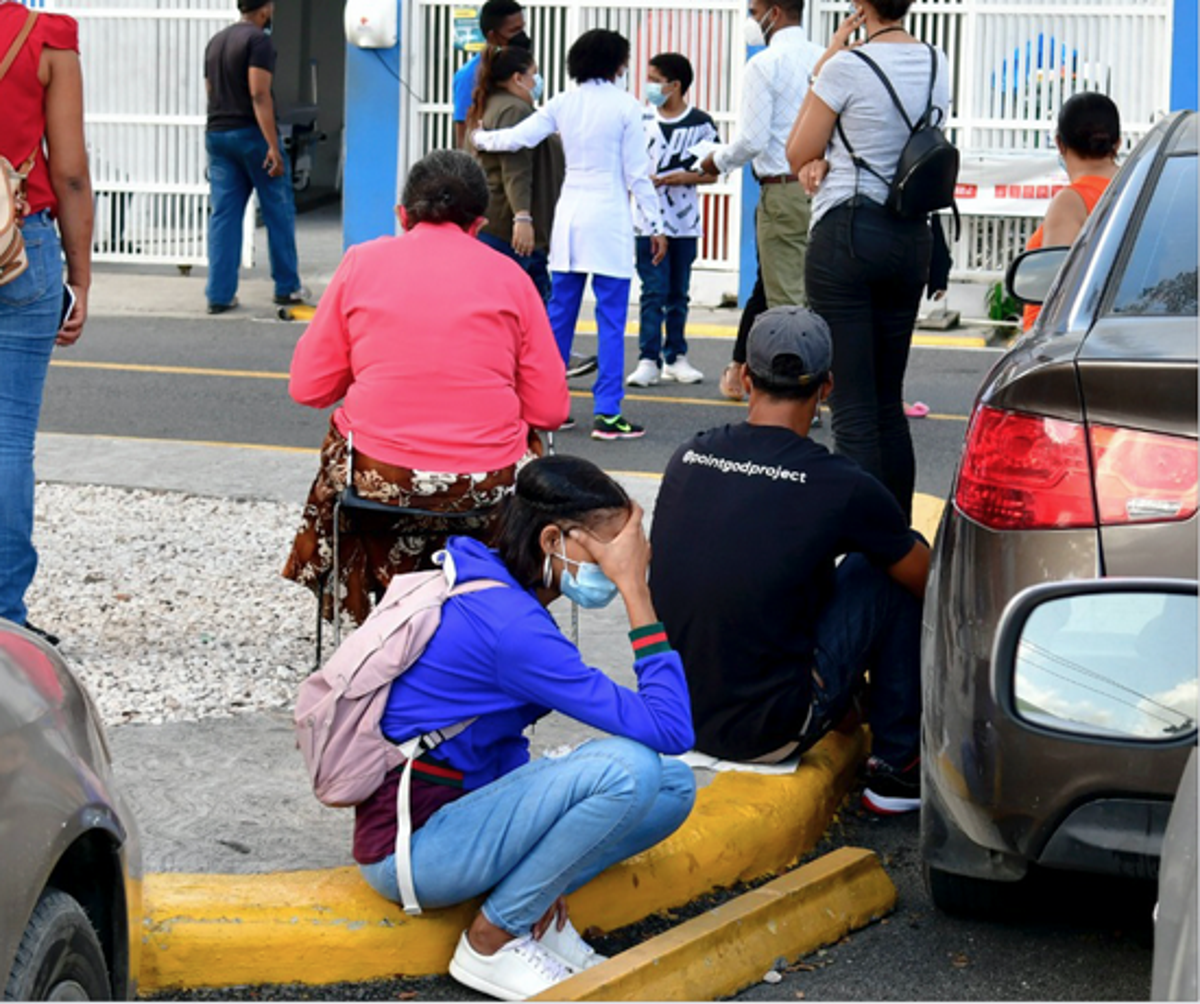 In the public hospitals of Santo Domingo and Santiago, a large influx of people seeking care for Covid-19 continues, but the risks and hospitalization time are lower than on other occasions.

The Dr. Robert Reid Cabral Children’s Hospital has 30 admitted patients, three more than on Monday. Its director, Clemente Terrero, said that beds would be available because some patients would be discharged.

Compared to other waves and variants of covid, Terrero said that it has been both easy and challenging for them to face this outbreak since they have had fewer patients in severe conditions, but there are more than in previous waves. Previously, according to the director, they did not see the need to occupy the second care room with infected patients, and now not only do they have it settled, but they are organizing the organization of a third one because of the pressure that has arisen with this outbreak.

Yesterday there were 28 patients in the Moscoso Puello hospital in its covid unit. A few weeks ago, the hospital was almost at its maximum capacity with an occupation of 35 of the 40 beds it has. However, the unit head, Indira Jiménez, reported that the number of admissions has already decreased.

In the Luis Eduardo Aybar hospital, there are 21 admitted patients, with one admission from yesterday and one discharge. Of these, five are on mechanical ventilation.

Santiago full
The hospitals and clinics in Santiago are still full of patients with Covid-19 and flu and respiratory conditions. At least eight children are admitted to the Arturo Grullón children’s hospital with symptoms of Covid-19. According to doctors from that pediatric center, others are hospitalized for respiratory and flu problems.

Most people have applied the two doses against Covid-19, others still have one, but many have not been vaccinated and are still reluctant to do so.

The director of the Presidente Estrella Ureña Hospital in Santiago, Miguel Ortega, acknowledged that the number of patients arriving at that center affected by Covid-19 is high.

Given this situation, more people are now seen wearing masks, although crowds in vehicles and activities persist.