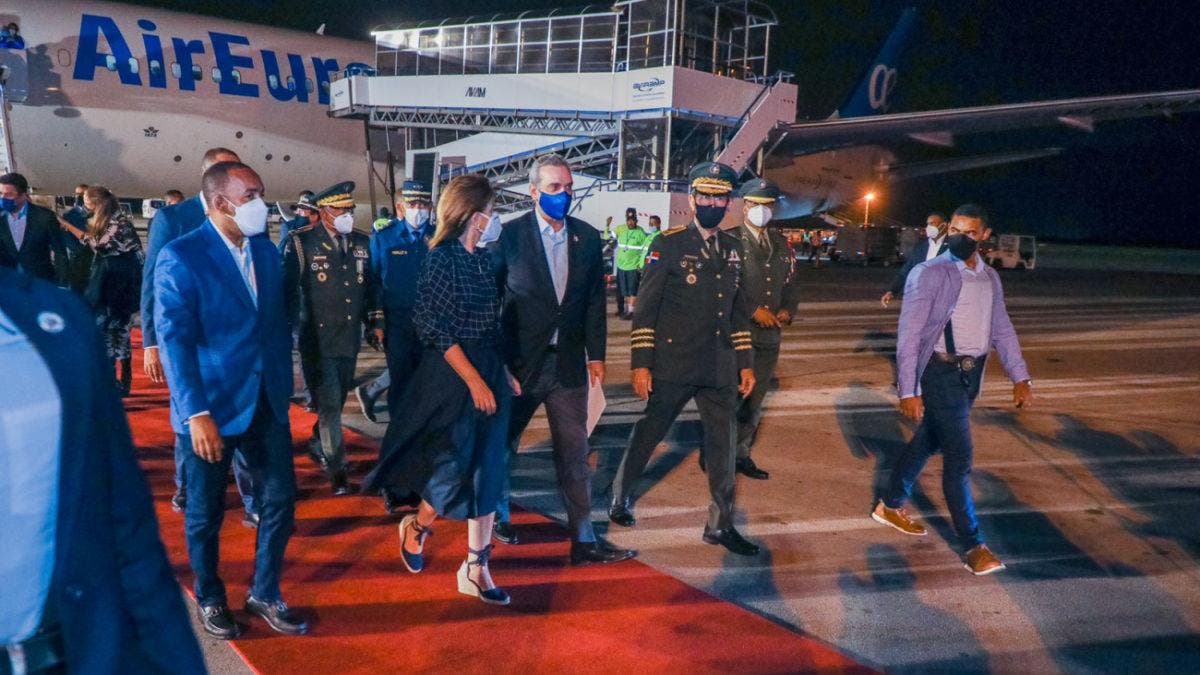 President Abinader arrived in the country yesterday through the Punta Cana Airport.

Participation of the DR in Fitur projects businesses of US$2 billion. The President of the Republic, Luis Abinader, returned to the Dominican Republic yesterday Friday after exhausting his schedule at the 2022 edition of the International Tourism Fair (Fitur) held in Madrid, Spain. Upon his arrival, the president highlighted the participation of the Dominican Republic in the event, which he said was successful and “highly beneficial for the country” due to the amount of business that was achieved.

The president revealed that, between what was achieved by the banks of Reserves, Popular, and the BHD, and what was negotiated with investors who met with him, business is estimated at over 2 billion dollars. In two days of Fitur 2022, the president held 27 meetings with tourism investors, tour operators, airlines, hotel chains, and airlines.

Before traveling to the Dominican Republic this Friday the 21st, the Dominican head of state concluded his busy schedule of work and meetings in this Spanish capital, and during the presentation of the Tourism Development Master Plan for Pedernales, the president announced that this project is one of the the most important bets of this Government administration and that it will be done in four phases.

The first will start with six hotel chains, for a total of 10 years, with an estimated investment of 2,245 million dollars. This new tourist pole will create about 20,000 direct jobs and more than 50,000 indirect ones.

has far there is no or poor investment in infrastructure and that a hotel worker will get a minimum wage of 30000 pesos nothing will change. the picture still projects the poor mentality from the time of balaguer, president in front and 10 military monkeys behind!!