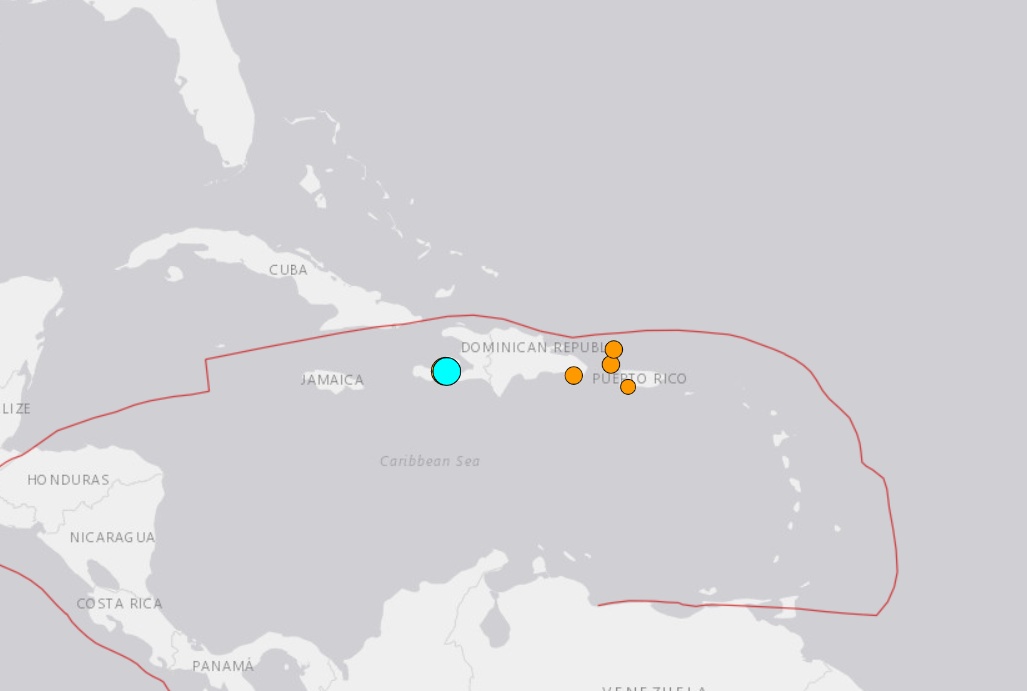 Santo Domingo.– A magnitude 5.3 quake occurred this Monday in the Canal du Sud in Haiti, with several subsequent aftershocks, with no reports of damage or injuries thus far.

According to Haitian newspaper Le Nouvelliste, the 5.3 magnitude quake was felt at 8:16 a.m. in Nippes (up to the Sud and Grand-Anse departments) on Monday, January 24. “Just over an hour later, other quakes were felt everywhere, especially in Port-au-Prince.”

The report adds that since the August 14, 2021 earthquake that severely hit the Great South, seismic tremors are frequent in this region.

While the Santo Domingo Seismological Institute has in its registry that the quake occurred at 1:16:24 p.m. (international time, 9:16 a.m. Dominican time). The event occurred 10 kilometers in depth and 159.8 kilometers “west of Jimani, Canal du Sud.”