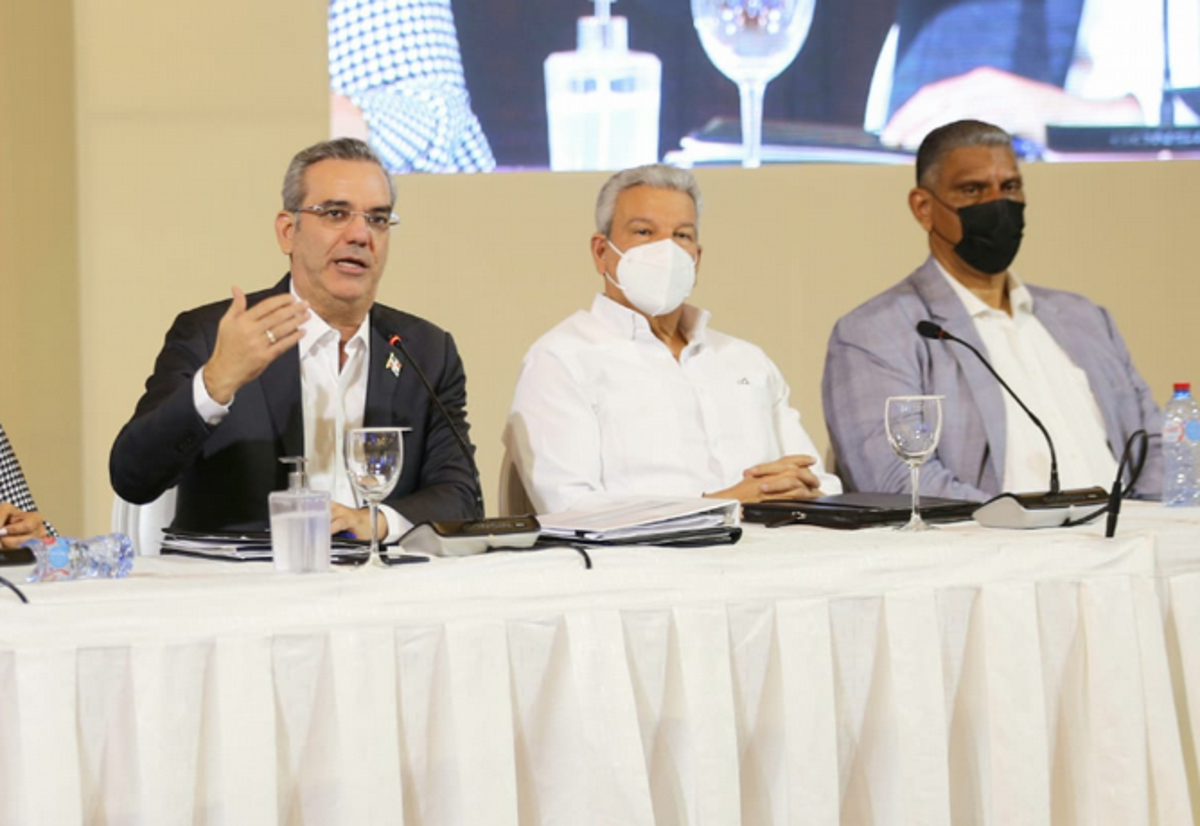 Santo Domingo, DR
Yesterday, President Luis Abinader received information on the works started and not completed in previous administrations and those initiated by the current government during a meeting with Vice President Raquel Peña, her ministers, the provincial governors, and some general directors.

These works are schools, health centers, police detachments, aqueducts, sports facilities, housing, power lines, settlements, delivery of titles, bridges, local roads, asphalt, among other commitments made by the government in meetings with the different neighborhood associations, at the National Palace and during visits by the president to various communities.