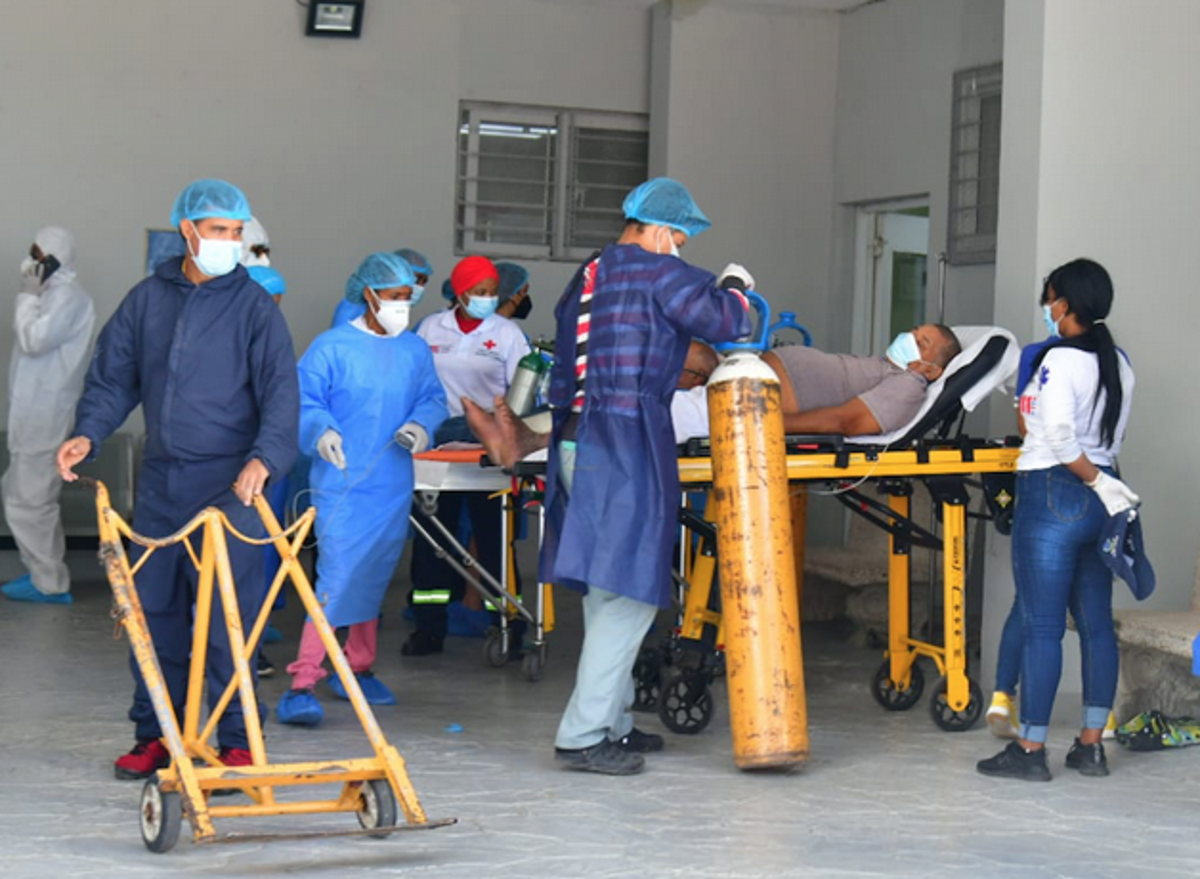 Covid-19 patients continue to arrive at clinics and hospitals for care.

Twenty deaths of patients with Covid-19 were recorded in a week characterized by high contagion levels throughout the Dominican Republic.

Although the country continues to exhibit one of the lowest fatality rates due to Covid-19 in the region, placed at 0.79 percent, the disease continues to cause deaths, especially in vulnerable people, with at least 20 reports of infected patients in the last seven days.

These latest deaths place the number of deaths in the country due to the Covid-19 pandemic at 4,289, with the province of Santo Domingo reporting the highest number of fatalities with 871 cases, followed by the National District with 670 deaths.

Pedernales has the lowest record of deaths so far, with four cases reported by the General Directorate of Epidemiology and Elías Piña, six cases of fatalities.

Positive cases
Yesterday the system registered 2,476 new positive cases of the Covid-19 virus, out of a total of 16,187 laboratory tests processed, one of the lowest figures in recent days.

The daily positivity of the processed samples was 27.15% yesterday, and that of the last four weeks was 29.86%, the latter with a slight reduction compared to the previous day when it was 30.14%.

Some 24,868 cases were reported as active of the virus out of 542,056 cumulative records of positive cases captured since the pandemic’s start in March 2020.

Those who have recovered from the virus add up to 512,899 and the total number of laboratory tests that have been processed in the country amounts to 2,902,205.

Yesterday, 806 patients hospitalized for the disease were reported for an occupation of 36%.

VACCINES More
come
The vaccination area located in the Juan Pablo Duarte Olympic Center has had a “favorable” flow these days, according to Dr. Soribel González.

The center manager reported that the population has already understood that the variant affects more due to the lack of vaccination against the virus. Likewise, González thanked people for noticing that the mortality rate has been reduced because the vaccine is doing its job.

They mostly go to this area in search of the third dose. But, according to González, the fourth also applies, but not more than the third.