Raquel Peña: “We cannot force parents who do not want to vaccinate their children” 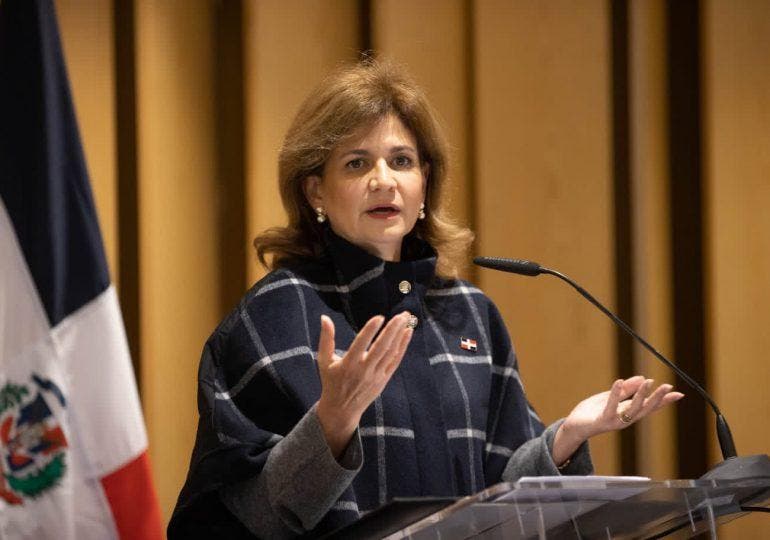 The deputy president indicated, in that same order, that it is also a task of pediatricians, to create awareness so that infants from 5 to 11 years old, respectively, are injected. File/External Source.

Parents who refuse to vaccinate their children against the coronavirus will not be forced. This is because the parents or guardians have the right to decide whether or not their offspring will be inoculated to combat the virus.

This was stated by the Vice President of the Republic and coordinator of the Health Cabinet, Raquel Peña, about the possible refusal of some people to take their children to the vaccination centers from next February 7, the date that the health authorities had announced in a press conference this Thursday.

In the same order, the deputy president indicated that it is also a task for pediatricians to raise awareness so that infants aged 5 to 11, respectively, are injected with the COVID vaccine.

“Unfortunately, that right belongs to guardians or parents. We can’t force them. Pediatricians will have this task of raising awareness, and we will try to create strategies for that,” Peña told journalists during the press conference held at the National Palace, where it was also announced that 25 million 790 thousand anticovid vaccine doses have arrived in the Dominican Republic.

The provision to vaccinate children comes a few weeks after the Government warned that from next January 31, the presentation of the vaccination card with three doses would be requested.

Until yesterday, the records on vaccination progress in the country show that La Altagracia, the National District, and Pedernales continue to lead the list of demarcations with the highest percentage of vaccinated people.

With the third dose, the Dominican Republic is positioned with 21% of its citizens who have been inoculated. But unfortunately, the second application is still not 70%; it is 66.1.

The Mirabal Sisters, Moseñor Nouel, and Duarte are the three provinces with the worst vaccination rates.

2021 for the   Dominican Republic concluded with good numbers of people inoculated for the first time against the coronavirus. Still, the same did not happen when it came to the second vaccine application. This is based on the goal of the  Government, which seeks to immunize with the drug against the virus and with two doses at least 70% of the population.

The Vice president needs to undertand the vaccionation are mandatory under dominican law, it is not an option. Artigle 64 of the National Health Law is very explicit.