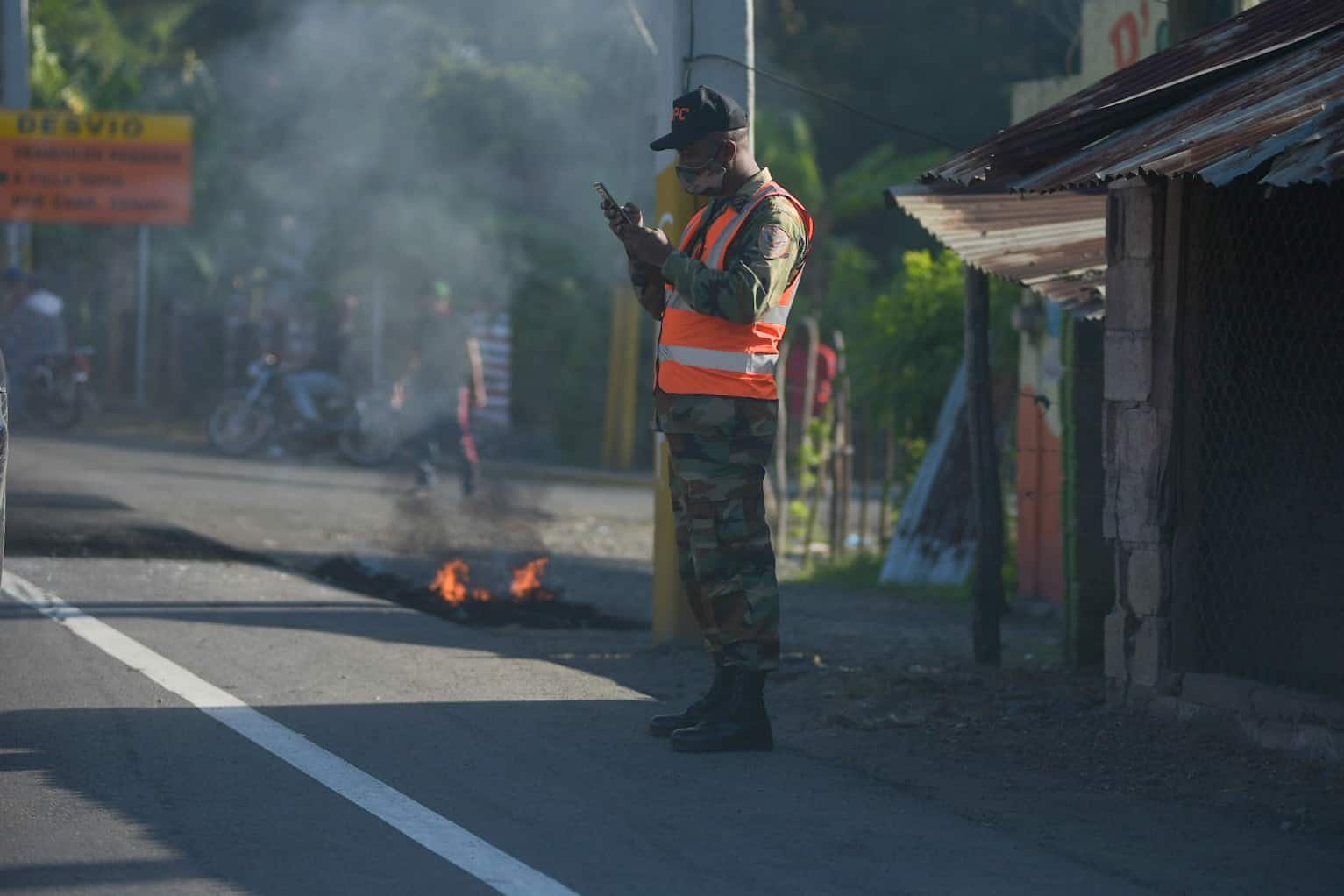 San Francisco DM.- Traffic to this northeastern city along the Controba highway was blocked Wednesday for several hours, demanding the reconstruction of the San José-Cenoví highway.

The demonstrators explained that they decided to carry out the protest with the burning of tires to attract the attention of President Luis Abinader, who plans to lead several activities in Duarte province today.

According to the protesters, they have been demanding that the different governments repair that route for 20 years.

When the politicians become unconcerned, do not listen, or care about their citizens wants; this form of protest is the last resort to get attention and action. It usually works to get results.