The Vaccination Centers of Santo Domingo met this Sunday with a considerable number of people due to the call from Public Health to have the third dose.

Yesterday, the Ministry of Public Health extended the deadline for everyone over 18 years of age to complete the three-dose schedule of coronavirus vaccines to enter closed spaces and board public transport.

The resolution relaxes and extends until February 21, the date to require the presentation of the vaccination card against Covid-19.

Meanwhile, in Megacentro, the flow was “apotheosis.” It opened at 9:00 in the morning; however, about 400 people waited. By noon, more than 700 doses had been applied.

Dr. Tellería, in charge of the center, told Listín Diario that 600 doses had been applied, only from Pfizer. From Sinovac, approximately 160, and AstraZeneca, which has the lowest demand, around ten doses. “This increase is due to the call made by the authorities to the population that the card with the third dose will be required this week,” she commented. The inoculations claimed that they were getting vaccinated because their jobs required it. “I put on the first two, but if it had been up to me I wouldn’t put on any. However, on the other hand, you have to comply with the laws of the country and be an exemplary citizen,” said Jorge Bienvenido Pérez.

“I do not have faith in the vaccines of this time. If it hadn’t been for the restraint I wouldn’t have put it on. I’ve heard so much about manipulation and experiments, and I wouldn’t want to be the guinea pig.”

Olympic Center
In the vaccination area of ​​the Juan Pablo Duarte Olympic Center at approximately 10:00 in the morning, around 250 people had been inoculated, most of them seeking the third dose.

“The flow of the week has been very good, between 500 and 700 people have been registering daily,” said Rafael Montero, supervisor of the vaccination center.

I wouldn’t put on any. However, on the other hand, you have to comply with the laws of the country and be an exemplary citizen,” said Jorge Bienvenido Pérez

PS: Mandates are not laws

“I do not have faith in the vaccines of this time. If it hadn’t been for the restraint I wouldn’t have put it on. 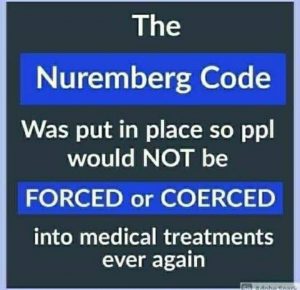 Thank you!
We got to help the people because the media is misleading the mass.
They are all in this together against we the people.