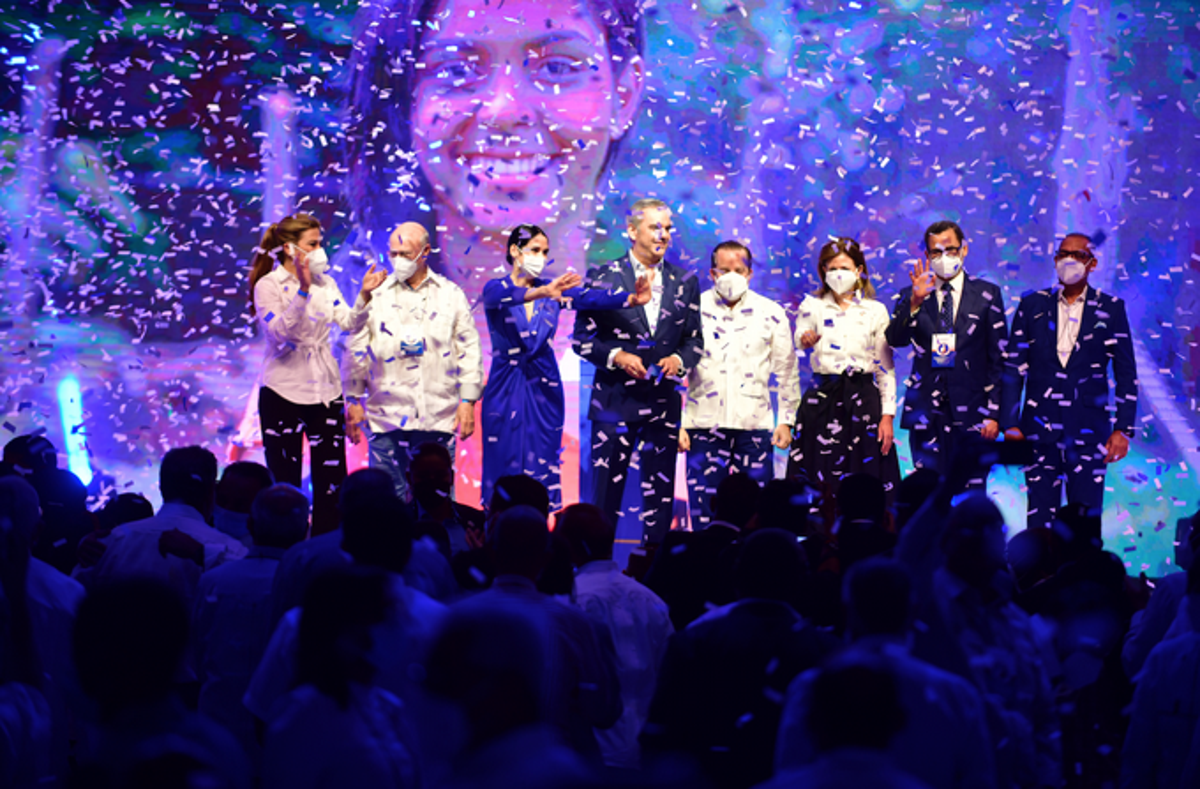 Moment of closing yesterday of the Convention for the Statutory Reform of the PRM.

In addition to the above, which was prohibited under the old party regulations, the modifications also establish that the president and secretary-general of the PRM cannot aspire to become president or vice president of the Republic before the end of the period for which they were elected, even if they resign from their posts.

Likewise, the document establishes that a member of this party who is sentenced to trial for any corruption offense will have his membership suspended until he is declared innocent.

Likewise, it contemplates a change in how the presidents and general secretaries of the provincial committees are elected, which were previously appointed by the executive management.

The event was attended by President Abinader, who was in charge of the last speech of the event, where he highlighted the importance of the unity of the PRM, affirming that in this way, they will be able to defend the best interests of the country.

In his speech, the president advocated for the application of 50% of the participation of women, explaining that the involvement of women in governmental entities is the principle of gender equity. “Equality, the women of our party, you Dominican women, are the support of our country, heads of families, friends, companions, wives, and mothers of the other half of the country,” he said.

The convention was held in the Volleyball Pavilion of the Juan Pablo Duarte Olympic Center in the National District, reaching 90% of the regulatory quorum necessary to ratify the new statutes previously approved by the PRM executive leadership in mid-December last year.

Now in power, Luis Abinader was its presidential candidate elected with 52.52% nationwide votes.

The objective of this political organization is to “guide the Dominican people towards human development, guaranteeing the material and spiritual improvement of the population.”

Spiritual…. Wtf is this a church?