DNCD confiscated 15 packages of cocaine, weapons and more than 400 thousand pesos in SPM 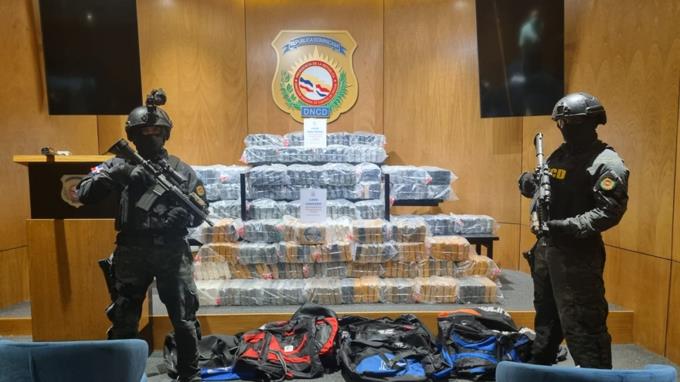 Photo of the DNCD

In recent weeks, operations against illicit drug trafficking have been redoubled in air terminals, ports, borders, and throughout the national territory.

The National Directorate for Drug Control (DNCD), the Public Ministry (MP), and intelligence agencies seized 15 packages of cocaine in the middle of a surveillance and monitoring operation on a farm in the Ramón Santana municipality located in the province of San Pedro of Macoris.

In addition, the operation confiscated a Multi rifle, a charger with thirty 5.56 caliber capsules, a bulletproof vest, the sum of seven thousand seven hundred and twenty US dollars (US$7,720.00), a satellite telephone, cell phones, two communication radios, two life jackets and a Suzuki motorcycle from the year 2013.

All these retained items were found under the seats of a white Hyundai brand vehicle in which two Dominican citizens were traveling, who are under arrest, and the authorities have not yet revealed their names. However, they also assure that they are determined to locate other individuals involved.

“The investigations have revealed that the farm where the raid was carried out was used to store drugs and is supposedly owned by Ramón Antonio del Rosario Puente (Toño Leña), who is in prison in the United States for drug trafficking,” the press release states.