Dominican Republic dawns with fog in some regions 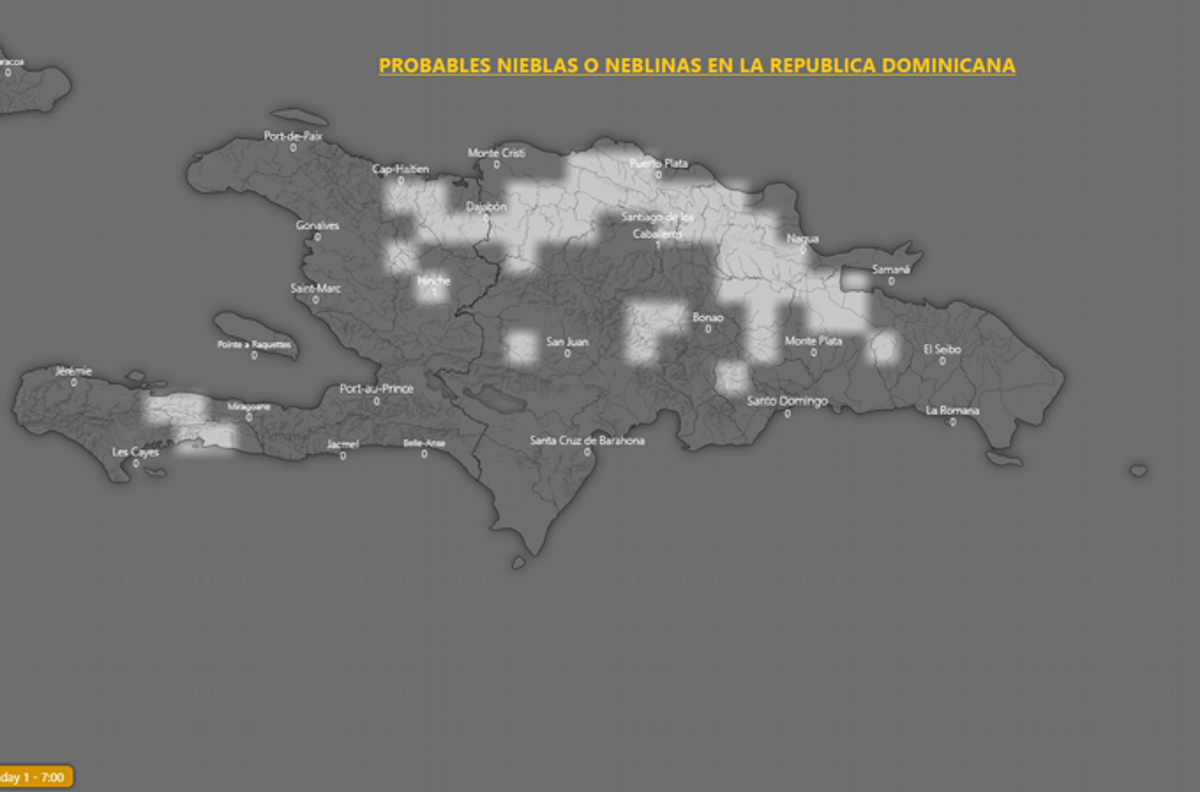 A little fog over some regions of the Dominican Republic was evident this Tuesday morning.

The map shows the fog in the provinces of the north and northeast. According to the expert Miguel Campusano, deputy director of the National Meteorology Office, this occurs when the fronts pass and in their wake leave rains, which gradually go through the stable air, behind there is not much rise of the air. Therefore, there is a probability that fog will form as frontal fogs are common under such conditions.

Then the fog remains longer, dissipating between 9 and 10 in the morning.

“Those are numerical prediction models that estimate that there is a possibility of these fogs. It is not 10% or so because they are forecasts, and that must be considered.