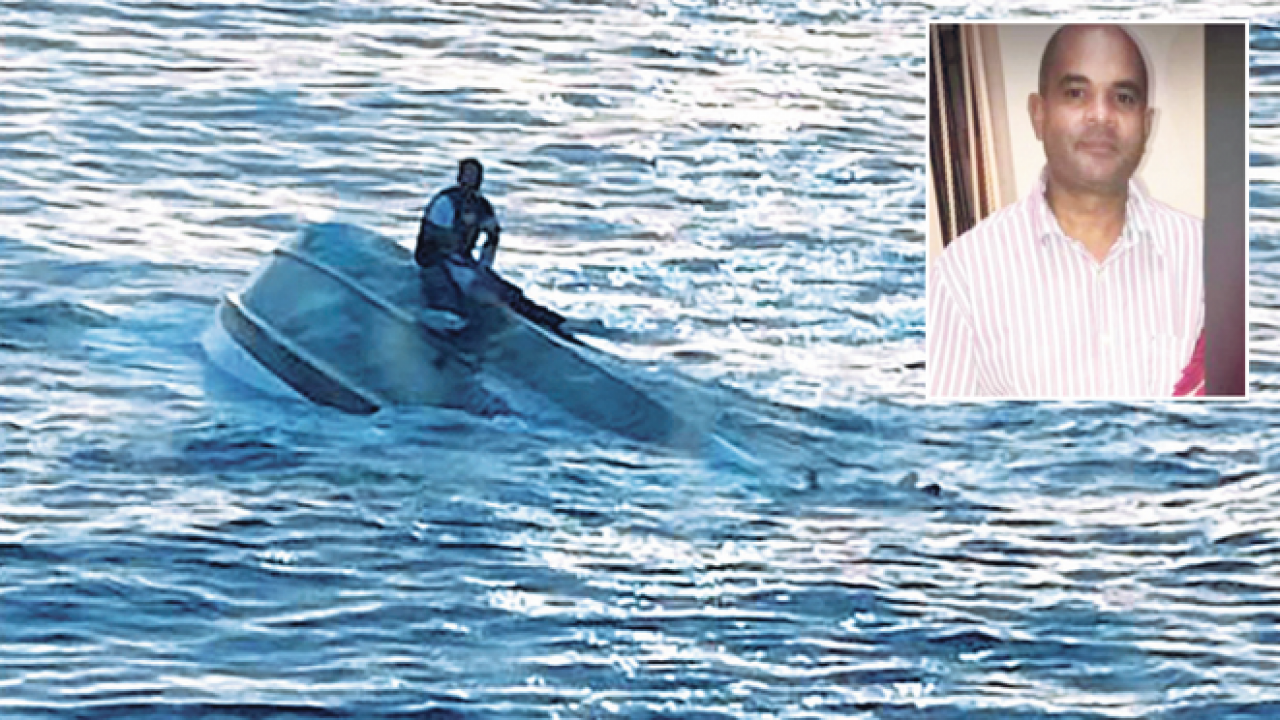 Illegal migration continues to leave fatal trails. Above, in the box, Junior Pascual Báez, a victim./FILE

On this occasion, the misfortune occurred at the level of the Bahamas-Florida marine route aboard a boat with at least 40 people.

Without even having recovered from the pain and suffering that nine families still carry as grief for the tragedy in Chiapas, Mexico, the shipwreck of a yacht between the Bahamas archipelago and Florida, United States, has already been reported, with at least six Banilejos dead.

For the moment, we know of the cases of Junior Pascual Baez, 49 years old, a resident of the Villa Real neighborhood, near the Boca Canasta community, located on the southern coastal strip of this city, and another young man, also from here, 19 years old, whose identity is unknown.

On the death of Pascual Baez, close relatives say that he left his widowed wife and four orphaned children who live in the United States, where Pascual had lived for 20 years, before deciding to come to the country to solve a problem he had with a farm.

His sister, Amparo, describes him as “an exemplary father, an excellent son and an adorable brother,” who lately lived off the real estate business here.

“He made small mortgages and small loans,” the grieving woman says.

“It was because he was such a good father that this happened to him, because he wanted to be reunited with his family after more than five years without seeing him. He didn’t deserve that death,” Amparo says, sobbing.

No official response
So far, Israel Baez, his nephew, and Amparo say that no authority has approached them to ask for information or tell them if any official steps are being taken to locate and bring their relative’s remains to the country.

A request to justice
Under a heartbreaking cry, Denia Santos, another sister of Pascual, asks justice to apprehend the organizer of this other tragic trip and make him pay for this crime.

FACTS
A perilous journey
The new route
Another citizen, Israel, told Listín Diario that the trip that Pascual boarded, with approximately 40 people, left on the route Santo Domingo-Bahamas, then Bahamas-Bimini (the latter, Bimini, is a chain of small islands that form the westernmost district of the Bahamas, 81 kilometers east of Mimi), and from there to Miami.

is sad and I get the reason you want to go to the USA… you can make more $$$$ at McDonlds a year then you can in the DR as a Doctor…but you choose to elect these ppl in office…that are more worried about the level of tourist in hotels and flights coming in vs. providing services to local ppl…if you follow this news site you see it with rich business man in suits smiling about there investments but the local people are far from this truth – sad

I don’t know of any Dominican doctor that left DR legally or illegally to go flip burgers in McDonald. I do have a cousin that’s a Neurologist in DR, got a contract to work in a hospital in Brooklyn NY and only staid for one year and went right back to DR. There are also many Dominican graduate prominent doctors in the US, like Dr. Rafael Lantigua, vice dean of the medical school of New York’s most prestigious university, Columbia, the first Latino to occupy that position.

We are not privy what goes on in the minds of people taking the risks to migrate illegally. One can guess when poor and sometimes uneducated people are under high stress to provide. They look for opportunity. They presume there are better hopes, better than offered in the RD. What awaits them is acquiring cash to apply for visas, the seeming unending bureaucratic hoops to jump through, and maddening waiting time. For many to go the legal route is the incentive to decide to attempt the illegal route to migrate. Hence, they opt for the hazards of illegal voyages.

The RD has billions in funds in reserve. You would think a clear thinking government would start programs like the USA did during the Great Depression to create jobs to improve the environment and the country’s infrastructure. There were institutions such as the WPA and CCC. They had many work projects to create employment, to put money back into the economy, everyone benefitted.