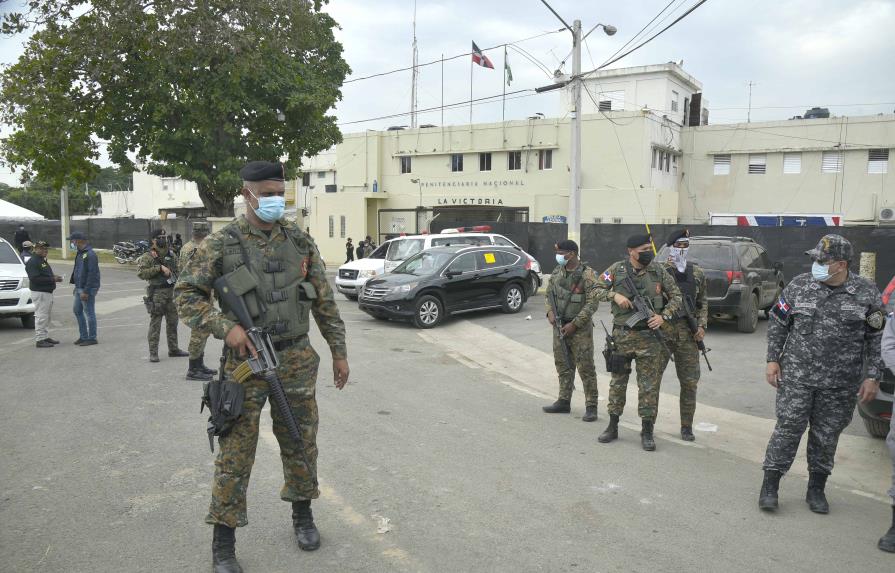 Santo Domingo.- The 89 surveillance cameras seized in La Victoria prison were always visible to prison staff, whose security agents even “had control” of them.

However, the recent military intervention in the prison made them realize that the real control lay with the inmates.

This was stated by Patricia Lagombra, director of the new Prison Management model, in an interview conducted this Monday on the television program El Día.

“We always saw the cameras and the security also had control of said cameras. With this search we determined that those who really controlled the cameras were the inmates,” Lagombra said.

She explained that the cameras were located at sensitive security points in the center, ranging from the entrance and the registry to the common areas of the administrative areas, “they were well installed.”

Lagombra pointed out that those prisoners controlled what was seen on the cameras from a control and monitoring area.

The authorities identified the individual who will be charged with the charges of managing and operating the security cameras, however his identity was not made public.

The director of the new prison model announced that the inmate is an expert in technology and is 32 years old.

Ella Lagombra stressed that at this point in the investigation they still do not have information about the scope of the camera images or if they had audio.

During the interview, she also confirmed that for the operation of fiber optics in the prison, an installation in accordance with a technology service company was needed.

The “solution” in La Victoria

She also stressed that the main difference between the actions of the past and the present in the penitentiary center is that “now we have the pressure of the magistrate Miriam Germán, who wants answers.”

She also informed her that they are going to change the entire rotation in jail.

The prison authorities also seized a server, a Wi-Fi repeater, 96 routers, 89 installed surveillance cameras, which were operated and controlled by an inmate, 29 camera switches, reported Roberto Hernández Basilio, head of the General Directorate of Penitentiary Services. and Corrections (DGSPC).

The staff of this prison should be brought up on charges for this ignoring conduct. They had to know what was happening on their watch. Some were actively aiding the prisoners?