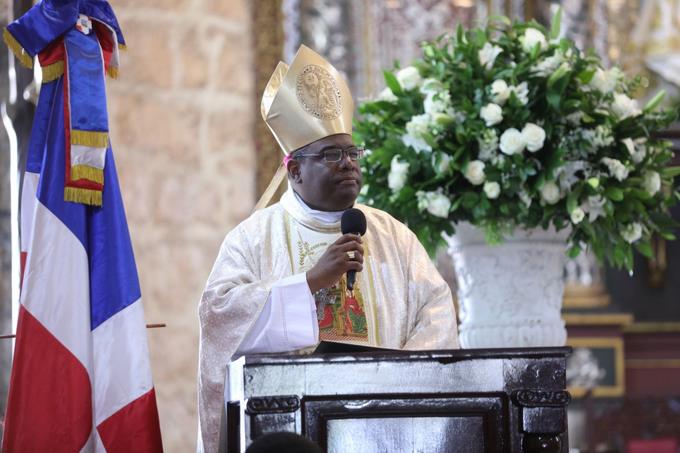 The Bishop of Higüey, Monsignor Jesús Castro Marte, was in charge of officiating the mass on the occasion of the seventh anniversary of the Modern Revolutionary Party (PRM), in the Nuestra Señora de las Mercedes church, with the presence of President Luis Abinader and Vice President, Rachel Pena.

Castro Marte took advantage of the occasion to define the president as a “simple and transparent” person.

“The more important you are, the more humble you must be and achieve God’s favor. I frequently listen to people with whom I dialogue in the pastoral, who see Luis Abinader as a simple, noble, hard-working man, who from the beginning Presidential throne has left an example of transparency,” Castro Marte said during his homily while calling on the rest of the members of the cabinet of the Executive Power to follow that example.

He considered that the Government and the authorities had had a “good management” of the economic and health crisis that has been generated by the impact of the coronavirus pandemic and called on the population to have “patience” with the cost of fuel, saying that “the government does not control the prices of barrels of oil.”

He also referred to the fact that the independence of the Public Ministry must be based on legal structures and asked to maintain democracy and never forget its ideological base, which is the critical point of social democracy.

Likewise, he highlighted the figures of the deceased José Rafael Abinader, father of the president, and Dr. José Francisco Peña Gómez, as two figures who stood out in a democracy.