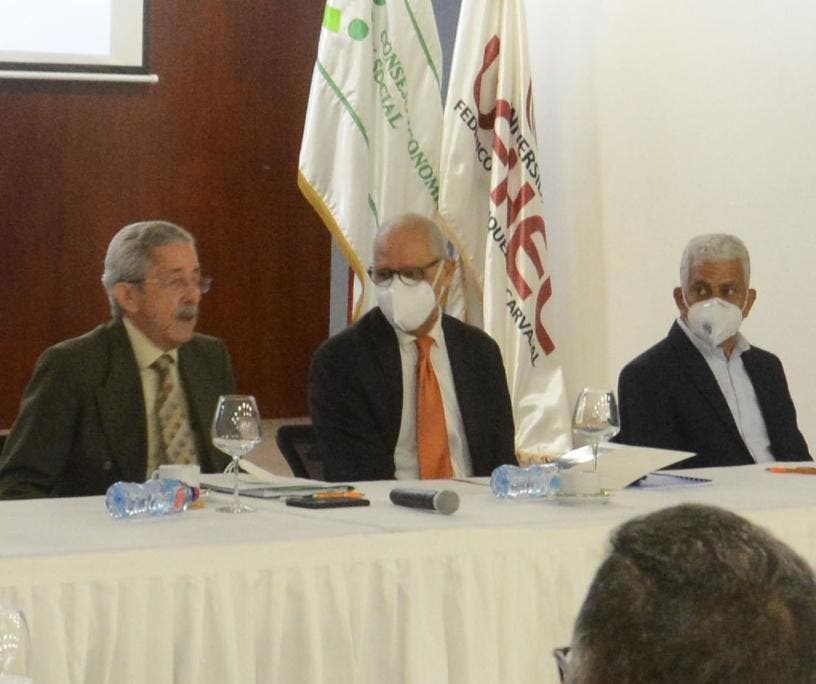 The president of the Economic and Social Council (CES) informed yesterday that the Plenary of that body is convened for next Thursday to discuss the organization of the dialogue on the trust contract for the Punta Catalina Thermoelectric Power Plant.

“We already have a meeting scheduled for the 10th of the Plenary to make decisions on how we consider that this important dialogue should be organized,” said Rafael Toribio.

He pointed out that the Executive Committee of the consultation body has already held a meeting after President Luis Abinader proposed that the search for the “most appropriate and transparent mechanism in the management and preservation” of the plant be discussed first the CES.

Toribio said that the space where this issue would be discussed would have a composition similar to that of the other round tables set up in the framework of the reforms announced by Abinader, with representatives of the Government, parties, and the business, labor, and social sectors; in addition, there will be experts and citizens will be allowed to give their opinion through two virtual platforms.

Future of Punta Catalina
Meanwhile, last January 30, in a speech to the country, Luis Abinader asked the Senate of the Republic not to hear the Punta Catalina trust project.

The president’s request comes after several days of criticism of the project, and he indicated that it should be discussed in the Economic and Social Council (CES).

“I have decided to ask the Senate of the Republic to postpone the knowledge of the Punta Catalina trust project until the Economic and Social Council (CES) receives the opinions of all the sectors that want to contribute to finding the most appropriate and transparent mechanism for the management and preservation of the thermoelectric plants,” said the president.

The request was filed by the legal consultant Antoliano Peralta. He requests that the expertise on the plant cover up to last December 31.