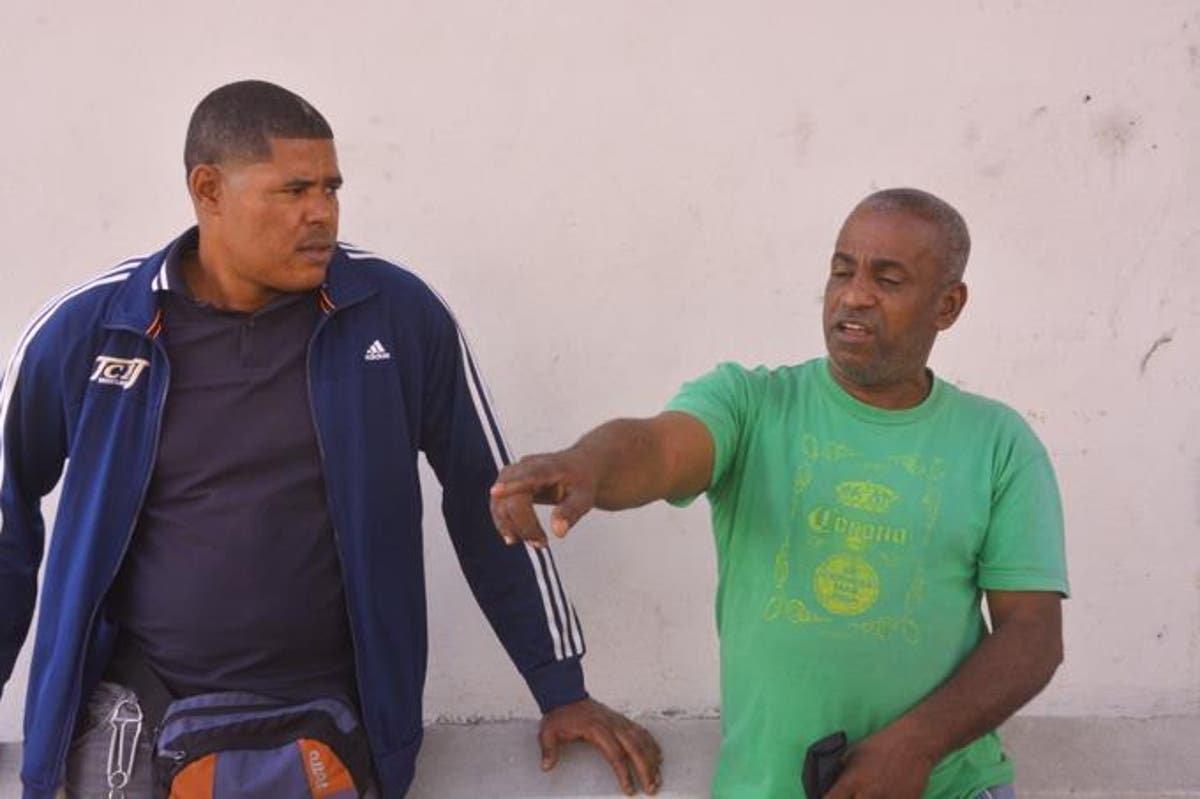 Mr. Yeri and Alberto when talking with a team from LISTIN DIARIO. They consider fuel prices to be abusive. Photo: Leonel Matos/LD.

Santo Domingo, DR
When some citizens and public transport drivers asked about their reaction to the recent increase in fuel prices this week, they admitted to being living “day to day” because of the high cost of maintaining themselves daily.

For example, a man identified as Yeri De los Santos said that what he gets by working is just to eat and survive.

“Food is on top of everything. Rice with eggs is the cheapest thing, and the pound of rice is costly at 40 pesos, the gallon of oil that used to cost RD$300 now costs RD$500”, he said, emphasizing that with 6,000 pesos they only get “two or three small bags.”

Another man, identified as Alberto Sarite, stated that he “barely gets enough for food and fuel” because (obviously) he must work to make both at the end of the day.

“Money is tight, and tires are expensive; they used to cost RD$1000 and now RD$1,600. Maintenance oils used to cost RD$100, and now they cost RD$200”, he detailed, referring to a low-quality one and pointing out that there are others that have a much higher cost.

“We are going to have to increase the fare because we can’t stand this,” said the gentleman who also works as a driver on the route called 25 de Febrero in the National District.

“We don’t know what we are going to do anymore,” was the first expression used by Mejía, control of another public car route in this capital, to refer to the fuel hikes.

He said that if fuel prices continue to rise, they will be forced to increase fares, and the only ones who will be affected will be the users.

He stated that the drivers on the route often complain because the fares remain the same while the fuels increase their costs every week.

“Every week, they complain, and nobody can raise the fares. So, where are we going to get to,” he questioned, pointing out repeatedly that the situation is complex.

He stressed that passengers are currently complaining because they are being charged RD$35 and that he cannot imagine how they would react when “we make an increase which we don’t want to do but it will be obligatory.”

He pointed out that the current officials in the past criticized the fuel prices and cataloged them “as the highest,” however, today, “they do not control the increase.”

This citizen urged the competent authorities to look for a way out of the situation.

“To Ito Bisonó: if he lost the formula, let him try to find it so that he can apply it,” said the indignant man to a team of Listín Diario.

An infographic issued yesterday by the communications department of Industry, Commerce shows a comparison of what the government increased fuel prices to what they were supposed to increase.

“This is what would have happened if the government did not allocate 500 million to avoid increases in fuel prices”, says the message accompanying the images detailing the increases.

For example, regular and Premium gasoline went up four pesos instead of 23 and 16 pesos. The former will be sold at 270.50 per gallon and the latter at 287.60, also per gallon.