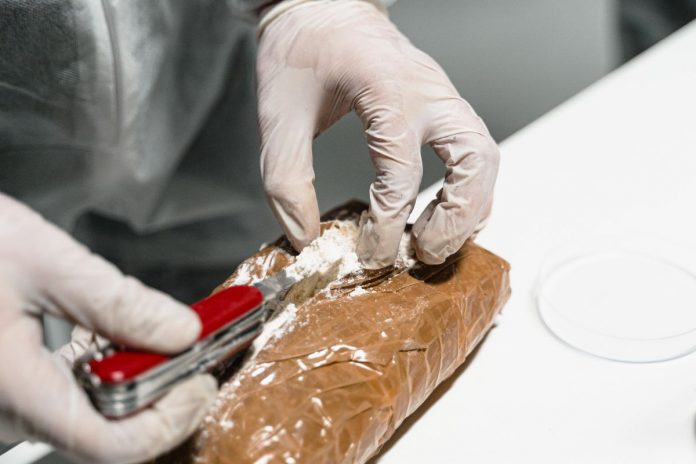 A 31-year-old Aruban national was arrested, traveling on a commercial flight from the Punta Cana terminal to Brussels, Belgium.

The discovery was made when canine units in the boarding area of the terminal detected substances in a suitcase and a backpack.

“Inside the suitcase 12 packages were seized, while in the backpack another six blocks of the white powder were seized, with a preliminary weight of 18.90 kilograms,” the authorities indicated.

The foreigner is already in the hands of the Public Prosecutor’s Office to be submitted to justice for violation of law 50-88 on drugs and controlled substances.

The authorities have initiated an investigation to determine if there are others involved in the intercepted shipment of the substance packages to Belgium, which were sent to the National Institute of Forensic Sciences (INACIF) for the corresponding purposes.