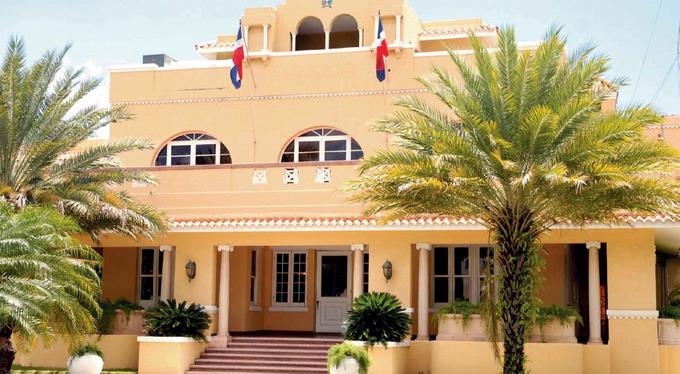 The country asks to take differences to the UN. ARCHIVE

The Dominican government yesterday expressed its concern about the tense security situation in Eastern Europe due to the conflict over Ukraine, a crisis that carries the risk of escalating into a major war that could have dire consequences for humanity.

He warned that this risk extends to the Americas due to the possibility of the deployment of offensive weapons and troops on the continent.

The Ministry of Foreign Affairs of the Dominican Republic highlighted that it maintains significant ties of friendship with several of the countries involved in this developing conflict.

“In keeping with our traditional vocation to respect public international law and the search for peaceful solutions to disputes, the Dominican Government calls on our allies and friends in Europe and the Americas, especially the United States and Russia, to lower tension, to immediately withdraw military assets in the area in question and seek a peaceful solution to this crisis, which respects the territorial integrity and security of all countries, especially Ukraine,” the document states.

He recalled that the world is going through an unprecedented crisis since more than two years of the Covid-19 pandemic have left millions of deaths and incalculable suffering, disrupting global supply chains, generating inflation, shortages, and poverty. In addition, he pointed out that “this crisis is added to the climate emergency and the disruption generated by the Fourth Industrial Revolution, which has been impacting the international order for years.”

Through MIREX, the Dominican Government pointed out that humanity faces imposing challenges that demand world leaders be up to the moment to generate great pacts. “In particular, we must lay the groundwork for a post-pandemic recovery that is sustainable, fair, green, and inclusive. A conflict of the magnitude that is projected would aggravate the current problems by creating obstacles to the production of goods and trade,” he indicated.

UN.
The Foreign Ministry recalled that 77 years ago, the nations created the UN precisely to avoid a new world conflict and that it is the responsibility of the parties to seek solutions to current conflicts in that space.

He urged the United Nations Security Council to play its role as the main body to discuss and promote international peace and security issues.