Pineapple, a delicious tropical boost for your well-being 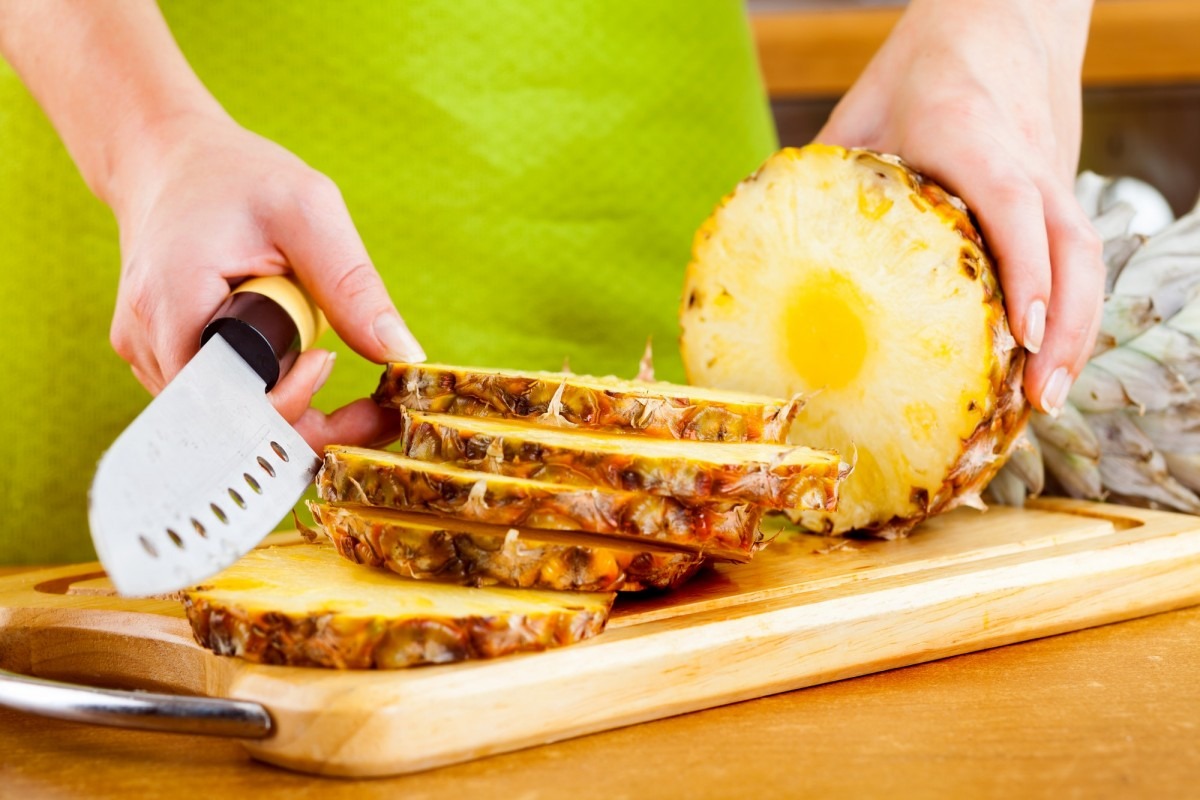 “The edible portion of pineapple is 57 out of every 100 grams of the fresh product, and its main component is water, being a low-calorie food, and with a high content of vitamins C and A, potassium and iodine,” he points out. Sonia Peinado is an expert dietitian in clinical and sports nutrition.

“This fruit is useful to avoid dehydration and its consequences, such as fatigue, dizziness or mental confusion. It also helps eliminate body fluids and reduce the formation of edema (swelling caused by the accumulation of fluids)”, according to nutritionist Carmen Escalada.

In addition to being a fruit rich in nutrients and highly appreciated in gastronomy, pineapple (Ananas sativus) is a food that can offer numerous benefits for health and diet, many of which are often little known by consumers.

This fruit, from the botanical family of bromeliads, bears fruit once every three years, producing a single fragrant and sweet fruit, but due to the varied location of its production, it is usually available all year round, according to the Ministry of Agriculture, Fisheries and Food (MAPA) Spanish.

Known as ‘matzatli’ in Mexico and Central America, and called ‘pineapple’ in the Anglo-Saxon world, “the tropical pineapple comes from South America, specifically from Brazil, where it is called ananá,” ​​Sonia Peinado, an expert dietitian in clinical nutrition and sport of the European Medical Institute of Obesity (IMEO).

According to the MAPA, it is a fruit formed by the union of the fruits of several flowers around a sizeable fleshy axis, whose pulp is yellowish, aromatic, and sweet with acid tints.

Delicious tropical fruit is packed with nutrients, antioxidants, and beneficial compounds, such as enzymes that help fight inflammation. It has also been linked to multiple health benefits, such as aiding digestion, boosting immunity, and speeding recovery after a bout of surgery, according to the medical website Healthline (www.healthline.com).

“The edible portion of pineapple is 57 out of every 100 grams of fresh product, and its main component, as in most fruits, is water (86%), hence it is a very low food. in calories”, points out the IMEO nutritionist (https://imeoobesidad.com).

Peinado explains that “the pineapple only ripens satisfactorily on the plant and in the last weeks of ripening the fruit doubles its content of active ingredients and sugar.”

Those specimens removed prematurely are poorer in nutrients, in addition to being more acidic”, he points out.

Regarding the nutritional compounds of pineapple, Peinado highlights its concentration of vitamin C (about 12 milligrams or mg. every 100 grams or g.), which protects our cells against oxidative damage, as well as its content in vitamin A (or retinol), which favors the formation of bones, teeth, and soft tissues. 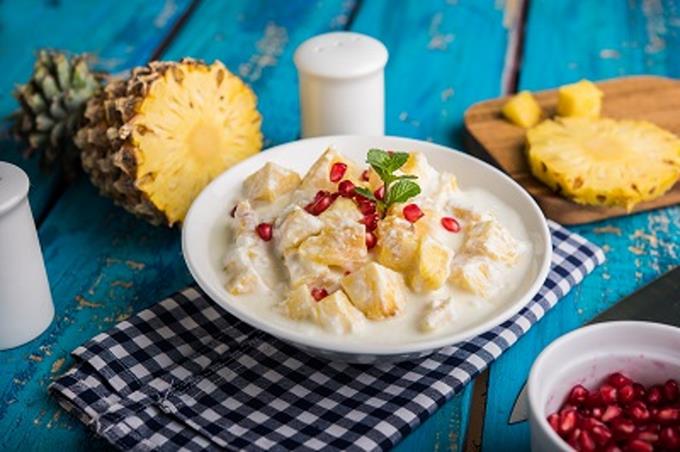 Regarding minerals, its high concentration of potassium stands out, necessary to develop muscle function, control the balance between acid and alkaline substances, and the heart’s electrical activity.

“Pineapple also contains significant amounts of iodine, which is involved in the regulation of thyroid hormones, and magnesium, a mineral necessary to regulate blood sugar levels or blood pressure,” he says.

“However, in order to benefit from these beneficial effects, it is important not to expose the fruit to heat (which would produce an inhibition of bromelain), but to consume it fresh,” he warns.

For her part, Carmen Escalada, a clinical nutritionist at the IMEO, points out that the pineapple’s high content of water and micronutrients means that its consumption has important health benefits. “The high concentration of water in this fruit makes it ideal for avoiding dehydration and its consequences such as fatigue, dizziness, or mental confusion.

For this same reason, it also helps eliminate body fluids and, thereby, reduce the formation of edema (swelling of a part of the body caused by the accumulation of fluids),” he adds.

Escalada explains that having very few calories (about 50 kilocalories or Kcal per 100 grams), the consumption of this fruit can be helpful to prevent overweight and obesity, so this expert recommends those who want to lose weight “include it in their daily diet.” “Pineapple is also rich in potassium, which helps prevent muscle cramps after exercise,” she notes.

Pineapple’s vitamin C content can also help prevent diseases such as atherosclerosis, cardiovascular episodes, or vision loss, according to Escalada.

He adds that the bromelain content of pineapple “makes its consumption in moderate amounts beneficial, in the case of suffering from dyspepsia or laborious and imperfect digestion.”

“Because of its texture and flavor, pineapple can be our great ally in the kitchen, being able to use it in many dishes, taking advantage of its healthy nutritional properties,” says Escalada.

He points out that this fruit can be used in desserts such as smoothies or carrot cake to give them juiciness and texture and salads or as an ingredient in sauces such as curry.

Pineapples can be used to prepare pinchos (pieces of food skewered on a rod to roast them) that can be cooked on the grill, but “it must be taken into account that this culinary technique can affect the aqueous composition of this tropical fruit and cause the partial loss of its water-soluble vitamins (which dissolve in water) are sensitive to heat,” warns Escalada.