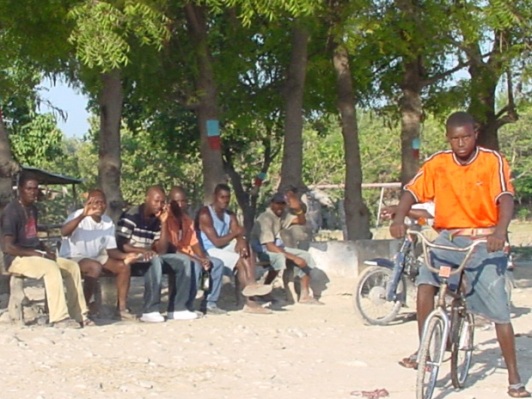 Pedernales, Dominican Republic.- After an operation with various institutions in charge of migration and border control, a group of undocumented Haitians was returned to their country of origin this Thursday.

This morning, within the groups of undocumented immigrants that have been located in the streets, they have been seen loitering with their work tools and even machetes that are often taken from them by the military.

Although most of them go to Dominican territory to sell used clothing, footwear, agricultural products on the streets, work in construction and in family homes, inspectors from the Directorate of Migration and soldiers from the Specialized Border Security Corps (Cesfront) detain them. and they transport them in containers owned by these institutions to return them through the access gate to their country.

During a tour made by a team of journalists from Listín Diario, it was also observed that most of the nationals of the neighboring country who cross Pedernales work in construction, which has made laborers scarce to work on plots of land belonging to the Olivares, Paso Sena and Los Brujos.

Despite the efforts of the Dominican authorities, the penetration of undocumented Haitians into the territory becomes a “game of cat and mouse”, that is, they “take them out on one side and enter on the other” from the border where it is not casually cross to this side, as for stretches in the division with the neighboring country.

Wow! Do you see the guys sitting around their C63 AMG and their Series 300 Landcruiser? No, well actually neither do I. They are hustlers. Trying to feed themselves in your colmados. Doing the work you really don’t want to do anyway. Distraction. Your govt wants you to focus attention on these indigents while they are busy spending public money privately.

This cat & mouse situation has gone on for years. Suspect indifferent and/or misbehaving authorities have allowed this behavior to continue.

The need for labor for the Bahia de Aguilas development is creating more cross border traffic. There is not enough Dominican laborers available in the area, Many Haitians are accessible with their tools in hand. The gov’t is caught between a rock and a hard place to control illegal border traffic while wanting to attract Dominican laborers.