The country begins tomorrow to build wall against Haiti 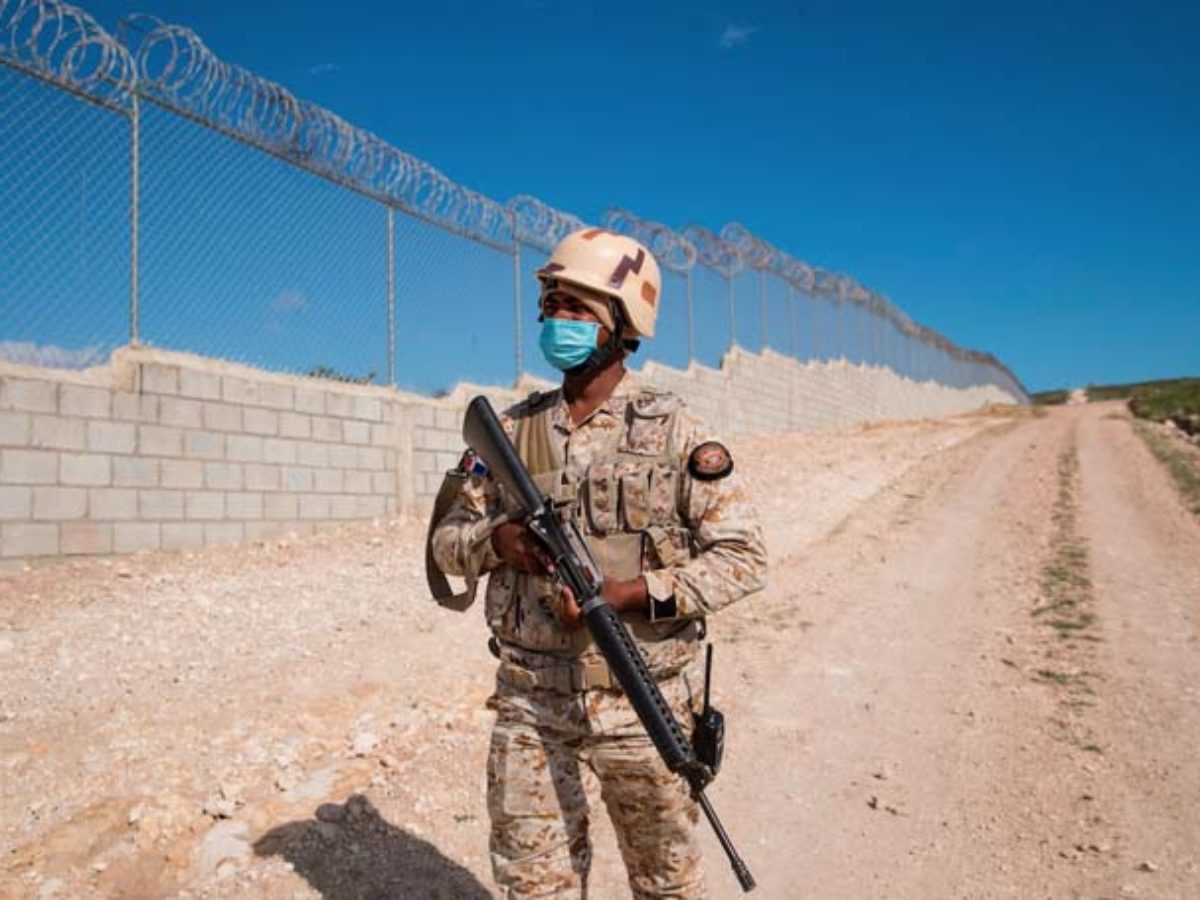 The wall seeks to control illegal and illicit migration.

Santo Domingo, DR
President Luis Abinader’s schedule for this weekend includes going to the province of Dajabón to begin work on the construction of a new border fence to have more control over Haitian migration.

The official act will take place at noon on Sunday in Dajabon province, where the president will give the first kick-off.

It is estimated that the head of state will be in the border province at approximately 1:30 in the afternoon of this Sunday. With this activity, he will finish his weekend schedule.

The construction of a 380 kilometer long fence along the border with Haiti was announced by Abinader on 27 February last year during his accountability speech before the National Assembly.

As of May 2021, 23 kilometers of the dividing fence had been built along the border with Haiti, intended to curb the smuggling and illegal migration of Haitians.

The sections built are located at the Jimaní and Elías Piña border crossings, the second and third most important between the two countries, and the works are still in progress, as explained by General Guerrero Clase, director of Plans and Operations of the General Staff of the Ministry of Defense.

In his speech before the National Assembly, Abinader detailed that the fence will be double in the most critical places of the border and will have technological devices to prevent the passage of migrants and the commission of illegal acts.

The authorities have not disclosed the name of the company which has been awarded the bid for the construction of the fence, in a process in which three companies from the United States, Spain, and Israel participated, according to the Minister of Defense, Carlos Luciano Díaz Morfa, last September.

The wall will somewhat reduce the illegal crossings. All the same, the illegal crossings and trafficking will continue as long as the border mafias persist to facilitate the activities. What can be expected is illegals who use the mafias will be paying them more. The border mafias are private opportunists and the corrupt government people of both countries who enable the mafias for their own gain. Law enforcement minefields have to be built to surround, wall in, and trap the mafias.

A wall “Against” haiti is an inrresponsible headline.

Lol the guy is not the best editor , i don’t think he means it like that.

I will say it again, again, and again. DT translates from Spanish to English the online reports of the major Dominican news outlets. It posts the translated articles through this website. The reader has to understand, take the time, and have patience. DT is providing a service for the non Spanish speaking community. There are original articles in English posted on this website at times from special correspondents. DT will acknowledge the article(s) and the name(s) of the correspondent(s).

Finally, now we just need a system to make the foreigner investors only contract documented workers, there are too many paying under the table.

A physical barrier equipped with sensors and perhaps traps, of course it helps but expect the traffic to move to other areas of the border where the uniformed is not at (300 km is a long distance). So we wonder that this construction is more a political show to quell the growing nationalistic movement in DR and perhaps gain their votes.
But any way any piece of border or any attention to the border is welcome but note this, the interior is saturated with illegal immigrants (at least 2.2 millions) and they are birthing at least 31,000 people every year since 2016. At this rate, the political landscape will change in favor of the agenda of the neighboring country and represent an eminent threat to the existence of DR given the history with the neighbor.
This subject needs to elevated higher and it should be addressed since this problem of immigrants (displacing, lowering salaries, and taken subsidies) is very visible (optical) and you can’t hide it. Defend the motherland and do not let capitalism and greediness fuel the overrun of DR.