Elimination of restrictions puts an end to fifth Covid wave 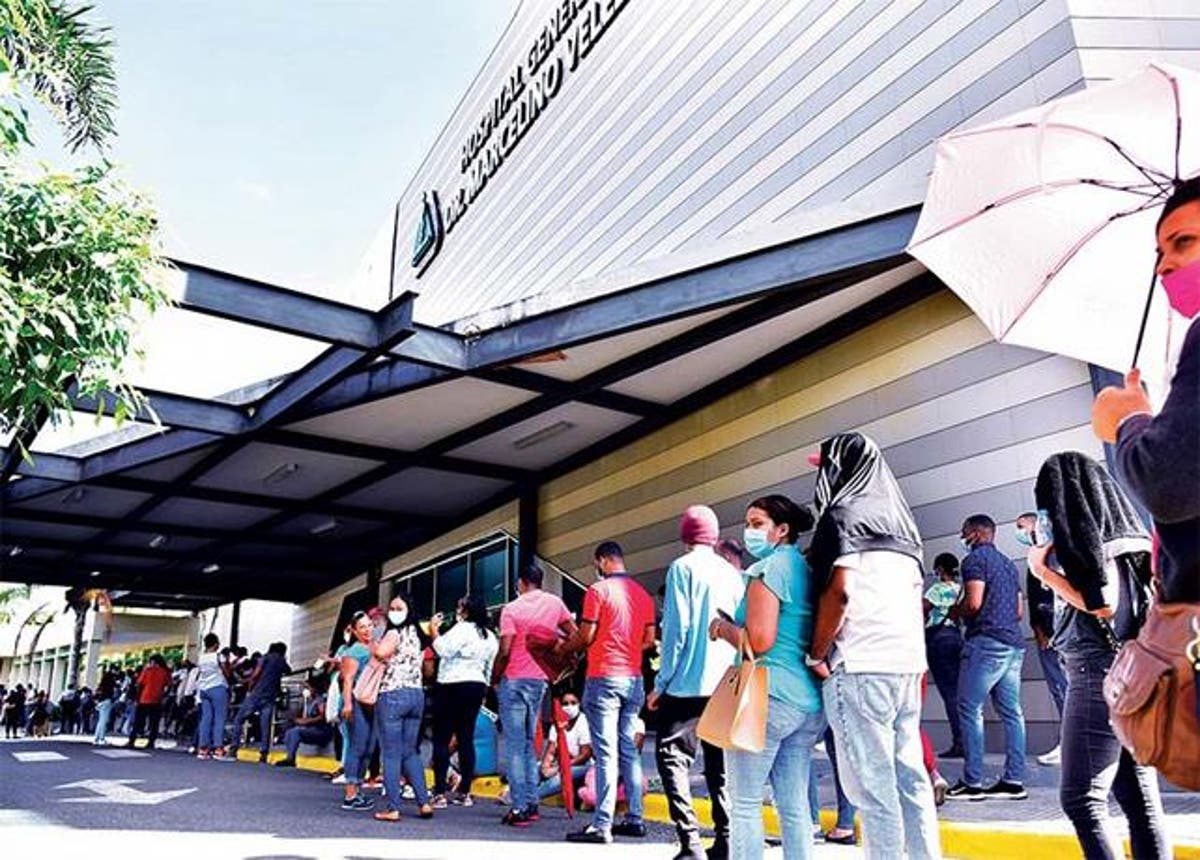 People continue to wear masks to protect themselves from Covid-19.

In just under three months, the Dominican Republic went through an outbreak of Covid-19 due to the Omicron variant and the implementation of new regulatory measures until all restrictions were eliminated.

During these last 82 days, the lethality of the contagious disease has plummeted from 1.03% to 0.76%.

This indicator, which reveals the proportion of citizens who die and, consequently, the severity of the disease, remained almost static in December, and it was not until well into January when the percentage began to decrease daily, even though by this date, the country was living the remnants of a coronavirus outbreak.

Precisely on January 3, the President of the Republic, Luis Abinader, admitted that the country was facing the fifth wave of covid-19.

“We are facing a fifth wave, but it is a fifth wave, although with greater contagion and much lower lethality,” Abinader said during a press conference.

Since then, and to date, lethality has continued to decline, according to data from the epidemiological bulletins of the Ministry of Public Health (MSP).

Even so, the virus has not stopped claiming lives in the Dominican territory. From December to this recent weekend in February, 147 deaths have been reported, of which 17 were registered within 24 hours of the report being made

On the other hand, after confirming the circulation of Ómicron in the country at the end of last December, it quickly represented 41% of the cases, according to information from Public Health.

Consequently, as of December 28, the number of infections shot up from 400 to 600 per day to reach more than 7,000 infected in a single day.

To stop the advance of the space that the Ómicron variant had gained in a short time, and that the Minister of Public Health, Daniel Rivera, described as “accelerated,” epidemiological alert no. 00003.

The document contained the call to the population to apply a fourth booster dose of the vaccines against Covid-19.

Likewise, resolution 000069 was established. Therefore, as of January 31, the presentation of the vaccination card against Covid-19 with the new third-dose schedule for those over 18 years of age was mandatory.

This ordinance was subsequently extended until February 21.

The harsh impact of the coronavirus and its variants, more contagious but less deadly, marked the beginning of the new year in the Dominican Republic.

In January, the reports of those affected did not decrease from 1,000 not a single day, and in total, 134,247 citizens positive for the virus were registered.

The increase in the number of infected was soon reflected in hospital occupancy, especially in intensive care units (ICU) and the demand for ventilators. The ICUs doubled their demand from January 3 to 26, going from 19% to 40%. The equipment to provide oxygen to patients began with 76 ventilators and increased to 146, which constitutes an increase of 16% 0 31%, respectively.

Even though the contagion curve of the fifth wave reached its peak between January 11 and 14, it was not until the end of the month that the authorities increased the number of beds to attend to those who required hospitalization.

After weeks with daily positivity above 20% and hospitalization at more than 30%, the figures tended to fall in February.

Of 382 inmates in regular rooms, there are now 171; of 178 occupied beds in the ICU, only 58 remain; and of 106 fans in use, only 37 remain working for the same number of people. With this scenario, Dominicans received last Wednesday night President Abinader’s announcement of the elimination of the restrictive measures imposed by Covid-19 to now be an individual responsibility.

This is a story about the end of the fifth covid wave. GREAT! When does the sixths begins?

Hahahahha…when they decide to tell us…in mean while enjoy more of their …you know what…hahahaha…!!!

At last we don’t have to wear the useless masks. According to one study 90% of what you breath out escapes the masks. Domin republic is safe so get those airplanes flying. Could u ask Canada to follow domin republic by removing g all mandates. Freedom for Canada!