Residents of Los Alcarrizos live in fear of crime 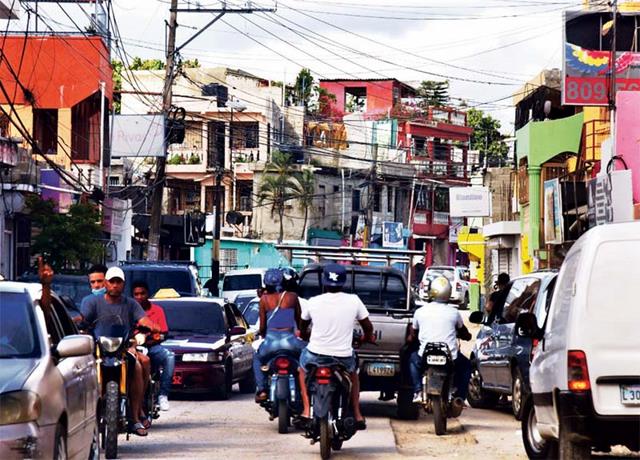 Assaults in the Los Alcarrizos sector occur at any time of the day and night. JORGE CRUZ/LISTÍN DIARIO

Caution. The neighbors of the sector, located in Santo Domingo Oeste, avoid going out alone or with valuables for fear of being robbed by an unscrupulous person due to the lack of surveillance.

Santo Domingo, DR
“Frightened” and “cautious,” this is how the residents of Los Alcarrizos, a municipality in Santo Domingo province, leave their homes every day. The reason is crime, a scourge of which many of these citizens are victims.

Judith Calderon, who owns a beauty salon in the area, told journalists of Listin Diario that on more than one occasion, she had witnessed armed robberies in broad daylight, so she and her neighbors have had to reinforce the security of their homes.

They also avoid going out alone or with valuables for fear of being robbed by some unscrupulous person.

“One day, there is a robbery and the next a robbery at any time,” said the resident.

Most of the inhabitants of this district move around as pedestrians from before dawn to get to their jobs in the center of the city on time. But, on their way, some people have been surprised by delinquents who have no qualms about robbing them, sometimes even using violence.

No solution
Those affected by the alarming situation said that they have complained to the police authorities of the sector, but the problem has not been solved, but rather the opposite.

“One goes and denounces and what they do is to increase patrols for two or three days, then things get worse,” said one of the victims of assault in Los Alcarrizos, who declined to identify himself.

Other scourges
Muggings are not the only headache for the residents. According to the residents themselves, this crowded capital sector is affected by unemployment, limited access to drinking water, almost non-existent street lighting, and the lack of recreational spaces, such as parks, sports fields, or community centers.

Water is an indispensable resource that not everyone has access to in Los Alcarrizos. In this district’s 24 de Abril neighborhood, dozens of homes must buy the liquid from trucks and rationalize it due to the expense that this represents because otherwise, they would not be able to get water.

On the other hand, the illumination of the streets is precarious. The resident Daniel Severino said that there is only one lamp for a whole block, and some do not even have one because the municipal authorities have not placed them or because they are out of order. This situation is one of the factors that has fueled the occurrence of criminal acts in the area.