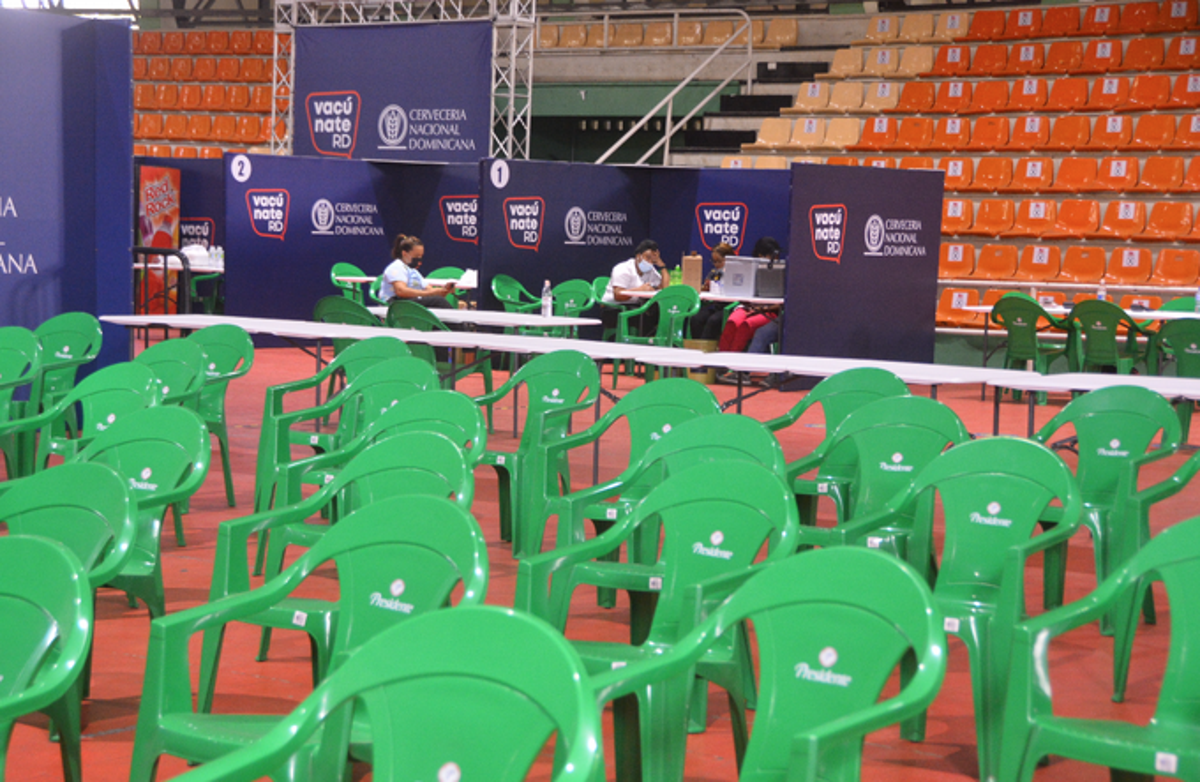 The vaccination posts against the Covid-19 virus remain empty in the capital and the few people who come are older adults seeking the third dose. Leonel Matos

In the vaccination centers of Greater Santo Domingo, calm prevails due to the absence of those who must go to get their required doses to have up-to-date cards.

Dr. Soribel González, in charge of the Vaccinate DR point at the Juan Pablo Duarte Olympic Center, said that “vaccination is going super slow. During today’s hours only 15 people have come, mostly older adults.” Upon entering the Juan Pablo Duarte Olympic Center, the green chairs that need to be used by those who will be inoculated are empty, only with the members of the health personnel who are attentive to see who is encouraged or directed to them.

When asked about what affects the low assistance for vaccination, he reported that “from the information provided by the president, that is more than obvious.”

Along the same lines, Dr. María Matos, who directs the Vaccination Center at the Autonomous University of Santo Domingo (UASD), said that “we have had a slow flow, it is not like before, people felt forced by the limitations to have access to public places, jobs, and even private places.”

“We urge the population to take their doses, at least two,” added Matos.

Guess when gov’t ended covid restrictions it signaled to some people no need for vaccinations.