If conflict between Russia and Ukraine escalates, it could lead to oil shortages for Dominican Republic; less than 45 days reserves 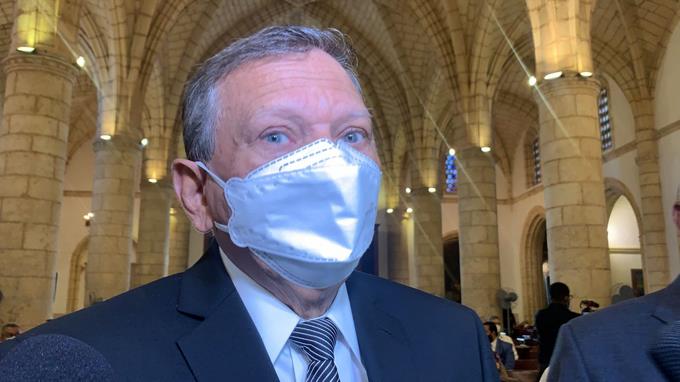 Santo Domingo, DR
The president of the Board of Directors of the Dominican Oil Refinery PDV (Refidomsa), Leonardo Aguilera, said that if the conflict between Russia and Ukraine worsens, the Dominican Republic and other countries that are not oil producers would see the price system affected.

Speaking at a press conference, Aguilera indicated that the oil reserves in the Dominican Republic would not last for more than 30 to 45 days and that few countries have reserves for a long duration.

He added that there is currently a gap between supply and demand, which has kept prices high, but the conflict has done much to make the market “more nervous than necessary,” and it has gone out on the system, so there may be a shortage.

“The impact was foreseeable. This conflict was expected to lead to this because the contradictions were very antagonistic, not only between Russia and Ukraine, but also between the struggle between NATO and Russia,” said the head of Refidomsa.

He said that the effect of the conflict is immediate, since yesterday the West Texas, which is the one that the Dominican Republic takes as a reference, was quoted at US$92, and at this moment, it is at US$101.

He stressed that if the conflict worsens, there would be no limits and that there are already investment banks that are pointing out the possibility that the oil could reach US$125 dollars, while Brent is over US$105.

“If the conflict does not diminish, the international price system will be completely disarticulated,” lamented Aguilera.

Doesn’t Dominican Republic gets 75 % of its oil from the United States ?

1
Reply
My Name Is Not Important
Reply to  Carlos Hernandez

No. Probably from Venezuela.

Mexico and Trinidad and tobago..

0
Reply
My Name Is Not Important

Looks like the DR needs to invest in public transits and make their major cities safe and walkable.