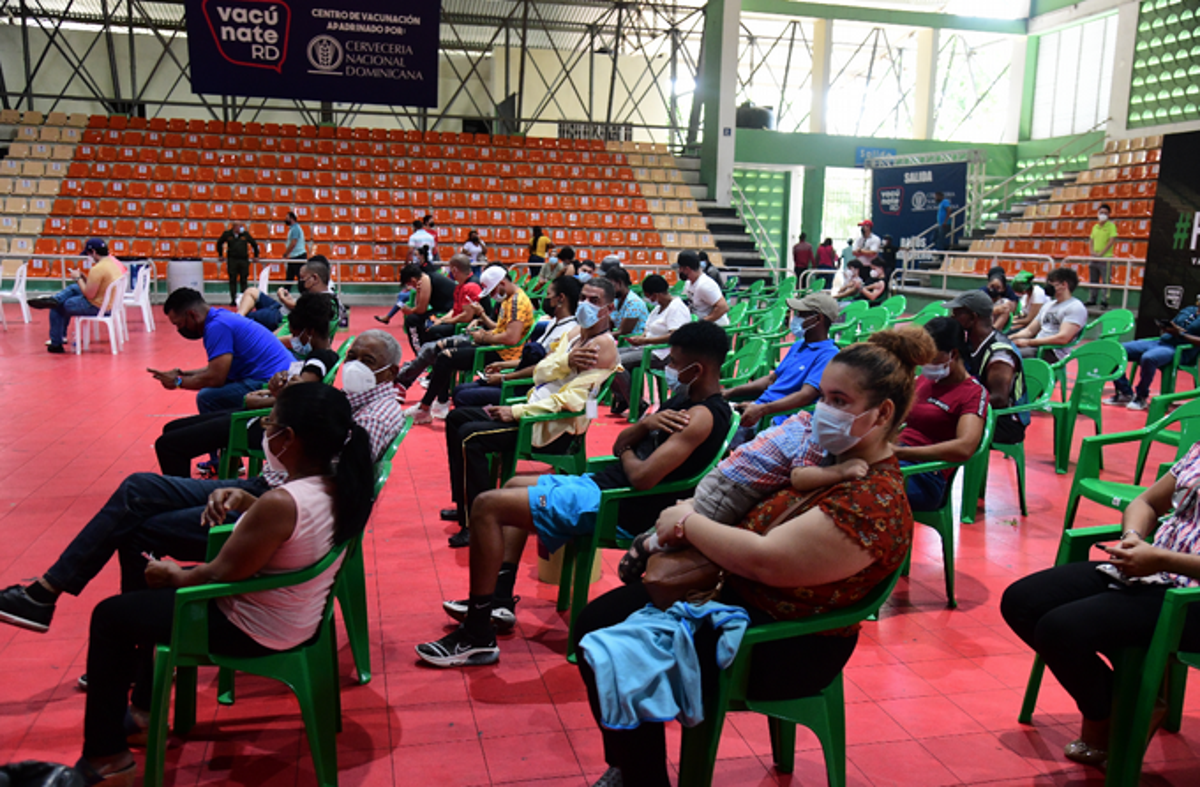 Santo Domingo, DR
While the Public Health authorities insist on the call to the population to be vaccinated against Covid-19, as the days go by, fewer people go to the inoculation centers installed nationwide for immunization against the virus.

The process has been slowing down in the population’s demand, with a more significant reduction in the last days, since the elimination by the Government of the obligation to show the card with three doses as the main scheme. In the previous 15 days, 254,207 doses have been administered in the National Vaccination Program against Covid-19, of which 119,032 correspond to the third dose, which is the one with the highest growth since until last week it would be a mandatory requirement as from the 21st day; a total of 31,405 are second, and 89,483 are first doses.

The reduction in the demand for injection against Covid-19 has caused the expiration of 354,240 doses of the vaccine due to the expiration date, equivalent to 1.4% of those acquired, and the threat of expiration of another batch on March 30.

As of yesterday, the country reports a total of 15,216,502 doses of vaccines against Covid-19 applied since February 2021 to date, when the vaccination program began, while maintaining in stock some nine million doses of the 26 million 920 that it has received.

The country also carries out vaccination campaigns in schools to immunize children from five to 11 years of age, a population estimated at 1,378,000.

The country’s initial goal was to reach 7.5 million Dominicans over 18 years of age with immunization against the virus. Initially, the main immunization schedule was two doses, and later the third dose was included.

New cases
Regarding the circulation of the virus in the country, yesterday, the system reported no deaths from Covid-19 but reported 422 new positive cases in the last 24 hours and the permanence of 156 patients hospitalized in regular beds and 47 in intensive care units (ICU).

A total of 6,251 laboratory samples were processed, with a daily positivity of 9.27% and 6.56% over the last four weeks. Active cases of the virus currently reported in the country total 1,868 nationwide.

The epidemiological bulletin number 707 reported that in the last 24 hours, the hospital occupancy rate was 7% and 8% in regular and Intensive Care Unit (ICU) beds and 7% in ventilator use, with 35 people intubated.

FIGURES
Confirmed.
The country has 573,458 confirmed diagnoses of the virus and 567,227 recovered patients.

As no deaths were reported yesterday, the total number of deaths due to Covid-19 remains at 4,363, with a case fatality rate of 0.76% and mortality per million inhabitants at 417.57. Some 23.20 percent of the deceased had hypertension as their underlying disease, and 14.51 percent had diabetes.