268 Haitian women gave birth in January at the Santiago hospital 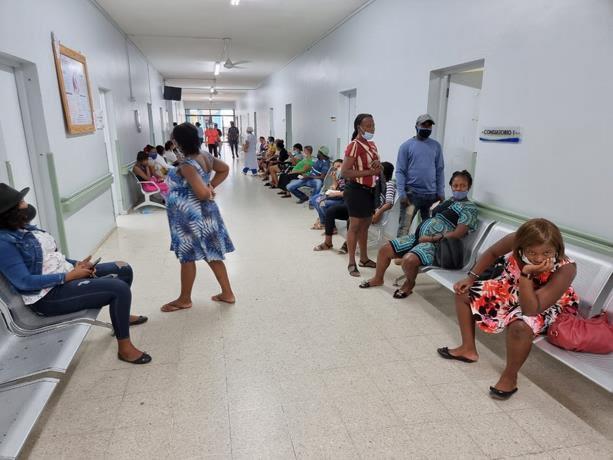 Haitian women in labor continue to arrive in high numbers at hospitals.

The newborn registry book indicates that 299 children were born to Dominican mothers and 268 Haitian mothers in January.

Of 567 children born in January at the Doña Renée Klang de Guzmán maternity hospital in this city, 268 are Haitian mothers.

Haitian pregnant women continue to give birth in Dominican hospitals despite the Government’s restrictions on Haitian parturients in a diminutive state of gestation. Many come from their country, and others live here.

In the registry book of newborns, it is indicated that 299 children were born to Dominican mothers and 268 to Haitian mothers in January.

The children of Haitian origin are registered in the pink book of immigration registration. Its mission is to remove many children of undocumented foreigners born in this country from legal migratory limbo.

He stressed that there are times when out of 30 births, 20 correspond to undocumented Haitians.

He also explained that this hospital center invests at least 8 million pesos a month in Haitian births, generating a three-million deficit.

Similarly, 26 maternal deaths were recorded in January, almost all of Haitian origin.

In this regard, the president of the Dominican Medical College in Santiago, Gilberto Tejada, acknowledged that there is an increase in maternal deaths of Haitians in maternity hospitals, mainly in this province.

However, he pondered that this is due to the fact that the majority of Haitian pregnant women arrive at these centers in critical health conditions. Tejada added that these women come from Haiti, poorly prepared with anemia and other problems.

At the same time, he emphasized that there are many problems with the deaths of Haitian women in labor due to this situation.

Likewise, he noted that in the Doña Renée Klang de Guzmán maternity, more Haitians are cared for than Dominicans.

The constitution says nones of these children are Dominican.

The government is breaking the law by abiding, assisting, and helping illegal to enter and stay in the DR! The hospitals must be sabotaged for conducting operations that are hostile to the Dominican nationality.
The illegal continue to inject more people into the DR with the intention of changing our identity, our custom, increase our poverty level, and change our political landscape to be part of the next-door country.
Abinader betrayed the Dominican. He must be removed by force. We can not support this activity (in fact we pay the money for this without our permission). The government does not have our permission to do this. The illegal stay and they are used by international anti-Dominican agencies to defame DR and to push for sanctions against DR so that more illegal can come to DR.
We must overthrow Abinader and the political apparatus in DR for catalyzing the destruction of the Dominicanhood and for placing their interests above that of the country.
NO MORE HUMAN RIGHTS in a small island! No more rewarding the intentional demographic explosion of the country next door that wants to saturate the island with its people and take it for itself! We will stop Abinader!

Free healthcare is not free, someone pays for it, and it’s not the Haitian government

From the years living in the Dominican Republic all I saw was a mistreatment of Haitians and Dominican poor people. They hate poor people over there as much as black people. The Haitians were so severely underpaid and in many instances were not paid for their work at all. Promises, lies, and deception! Consider these hospital visits a justifiable recompense for years of non payment for labor rendered.

You can keep your labor, if that’s how you see the situation, even though you know that your people get into the country without invitation to be exploited which also makes our wages worse.

I lived in the DR for three years and Haiti for one year. Dominicans in Haiti own lots of hair salons and rotisserie chicken w/ car wash businesses. Some propane gas stations also. They are left alone in peace to live and co-exist among the masses. I never heard them referred to as those dirty Dominicans. Not so is the case in the DR. Isn’t it exhausting when your life is so filled with hating people then professing to be Christians. Nothing could be further from the teachings of Jesus Christ. Christianity is not a badge you wear. It’s a life you live following the King.