Carnival: The joyful face of the Dominican people 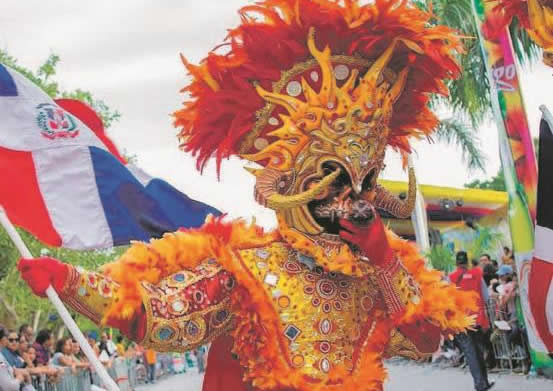 Santo Domingo, DR
Carnival is a costume party. It serves to get the devils out of the body in the form of emeralds. It is also a celebration of joy. It is an authentic tradition of popular identity. Each town has its own carnival and through it reflects its culture and ways of spreading its feelings.

The carnival is an expression of freedom where everyone converges: rich and poor, peasants and urban, marginalized and politicians, businessmen and employees. There, among masks and dreams, people bring out the faces that everyday life forces them to keep inside themselves.

The Dominican Republic also has its own carnival, very different from the others and it develops according to the initiatives and popular roots of the provinces and regions of the country.

The first celebrations of this culture date back to the 1520s of the colonial era. However, during the period of the Haitian occupation, this celebration of joy had a huge pause, due to the social conflict that took place here. It was not until 1844 when Dominicans returned to the streets to celebrate their traditions, without associating Carnival with religious cults. At that time, it was considered a celebration to be held publicly for three days prior to Ash Wednesday.

This is one of the reasons for celebrating the Dominican Carnival during the month of February. Every Sunday of this month the parade is provincial. The different regions organize their own events.

In spite of the beauty that surrounds them in every square of the country, the most internationally known event is that of La Vega because it reflects its initial betrayal, its concept of popular festivity.

In addition, in that province, there is a year-round industry recognized for the elaboration of costumes, masks, and bladders that are spread throughout the country. There, the details of each locality are gathered and the final touches are given to the festive attire.

What characterizes the incredible vegan carnival in particular and Dominican carnival, in general, is the influence of different cultures in its evolution. In addition to the undeniable Spanish presence that comes from its very origins.

The 2022 version
This year’s National Parade of Carnaval will be an outpouring of creativity, color, and joy among Dominicans. More than 140 troupes and emblematic characters from different provinces of the country will participate in the activity. Its traditional venue on the Malecon of Santo Domingo guarantees a large, safe, and secure space. The event will take place on March 6. 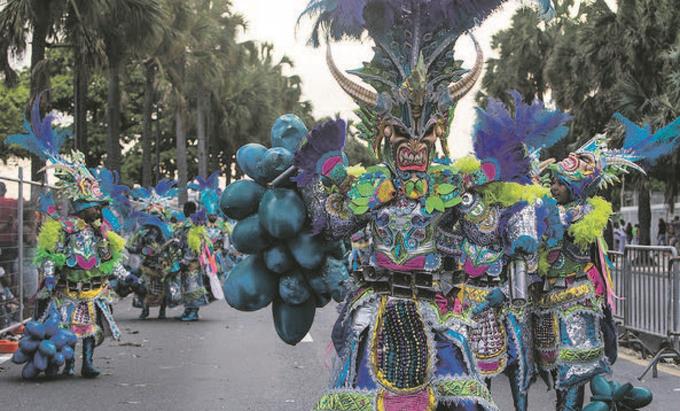 The parade on the Santo Domingo boardwalk will be next Sunday, March 6 at 2:00 pm.

Vice Minister Pastor de Moya is enthusiastic. His efforts to prepare an exemplary event have paid off. The fact of directing the relaunching of Carnival after the pandemic has imposed many challenges that he has been able to overcome. In addition, his Vice-Ministry of Participation, Cultural Identity, and Citizenship, has the commitment to return with the 2022 parade the joy that characterizes these people. 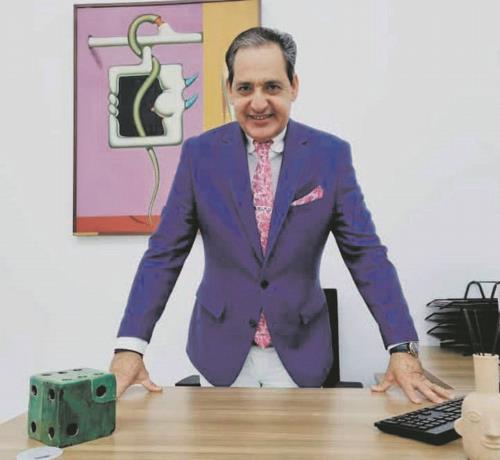 “Our country has never lived a pandemic as strong as the current one; in the cultural order we will make a relaunching of colors and joys in the public spaces of the country,” indicated de Moya.

The event will begin to fill the streets with music and color starting at 2:00 pm. In this edition, awards will be given to the categories called “popular”, “historical” and “comparsa de fantasía”. This year, the carnival is supposed to be more organized. In addition, greater dignity for the carnavaleros has been zealously watched over.

“We are committed to dignify the carnavaleros in treatment and participation. There is a promise in the carnival sector, which is the cultural manifestation that produces the most money to the economy, they are a sample of orange economy,” he said. Other data La Vega, a cultured, Olympic, and carnival city, is considered the cultural industry par excellence. All sectors participate in it throughout the year, guaranteeing employment for more than 50 percent of its inhabitants. In addition, it is the first city of the Carnival in America and of all the Caribbean, the most important one that takes place there.

For this reason, the cultural entities are betting on the dignity of the carnival participants with a better contribution, a better diet, food, adequate lodging, and transportation to get them to the city. For the official, “the carnival is the joyful face of the Dominican people”, because no other cultural manifestation in the country produces the emotion of seeing so much diversity in the same place.

Cuquin is known for his long career as a comedian. For more than 50 years he has dedicated himself to making others laugh. He has embodied different characters throughout his history. Marily Gallardo is a choreographer, performer, and teacher of Afro-Antillean dance. Founder and Coordinator of Kalalú-Danza Centro de formación e investigación en artes escénicas Afro-Antillanas.

Time for some fun !

Well fun it is…