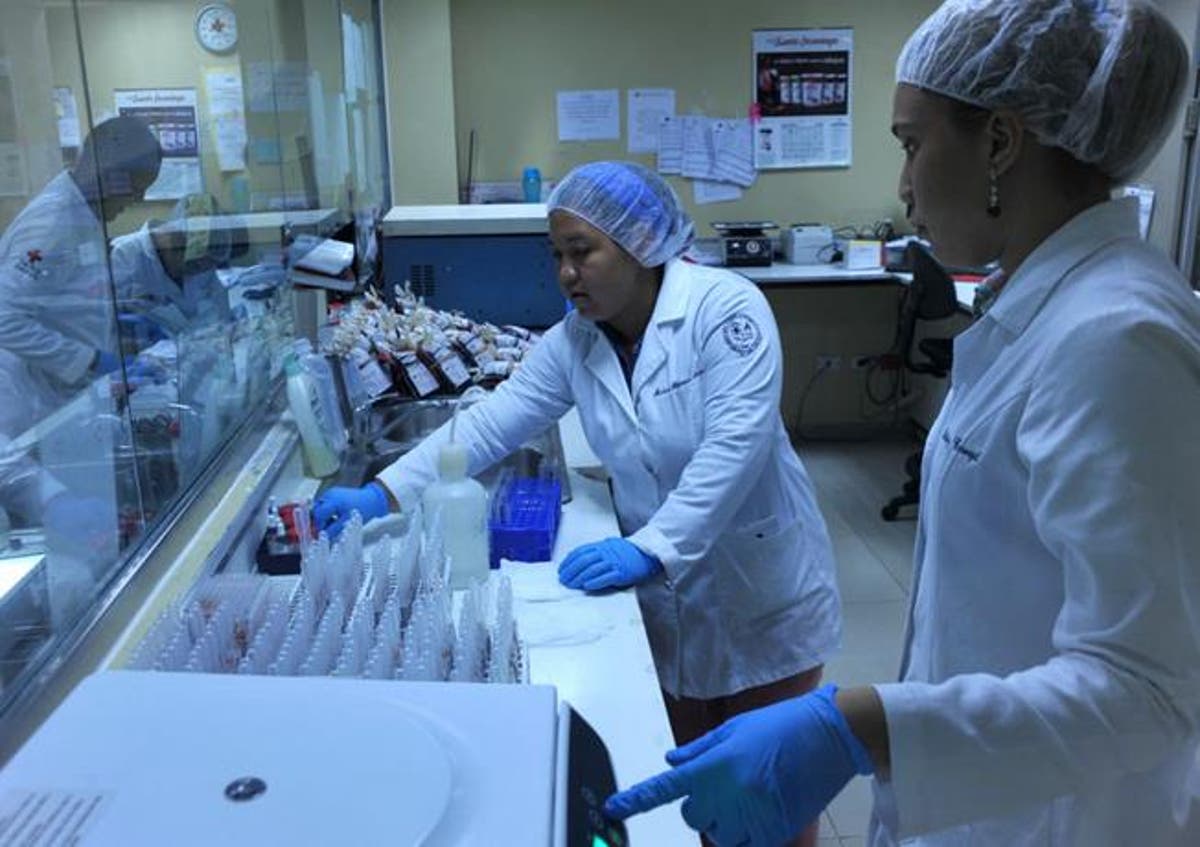 In the country there is a demand for 200 units of pints of blood per day. FILE/LD

Every month, the Dominican Red Cross supplies between 4,000 and 4,500 units (pints) of blood to the population that uses its services in search of whole blood or some other component to attend medical emergencies or requirements to undergo elective surgeries.

That demand, of around 200 units per day, is constantly maintained in its Blood Bank services. Only in the most intense part of the Covid-19 pandemic, in 2020, was a reduction in requirements fundamentally to the postponement of surgical procedures.

The most demanded blood in the banks of that relief organization is that of blood group 0 +, since it is estimated that 45% of Dominicans have it, followed by A + and then follows the demand of the other type groups. Negative.

The details were offered by Dr. César Matos Moronta, director of the National Network of Blood Banks of the Dominican Red Cross, in an interview with Listín Diario, regarding the requirements for blood and blood products, given the low culture of donation that persists in the country, the annual blood deficit that exceeds 250 thousand units and the difficulties that the population faces at the time of a medical emergency.

The donors
He explained that the Dominican Red Cross serves more than 200 units of blood daily and receives between 200 and 250 donors every day.

The specialist explained that waiting lists arise for cardiac surgery or neurosurgery patients due to the required amount of blood or blood products.

In addition to whole blood, globular packages, fresh frozen plasma, a pool of platelets, and platelets by apheresis are also required, with fresh derived plasma being the most needed, followed by platelets.

Alianzas
explained that before being supplied, the donated blood is subjected to all the tests established by the Ministry of Public Health, including Hepatitis B, Hepatitis C, HIV, Tests for Syphilis, HTLV I and II, compatibility blood typing, and in some Coombs tests.

Among the recommendations of the director of the National Network of Blood Banks of the Dominican Red Cross to reduce the existing deficit is that the population in the country assumes voluntary and altruistic blood donation as a culture.

The center for collecting and distributing blood and its derivatives opened its doors in November of last year.
Sing called on the population to join the different blood donation days to reduce the deficit.