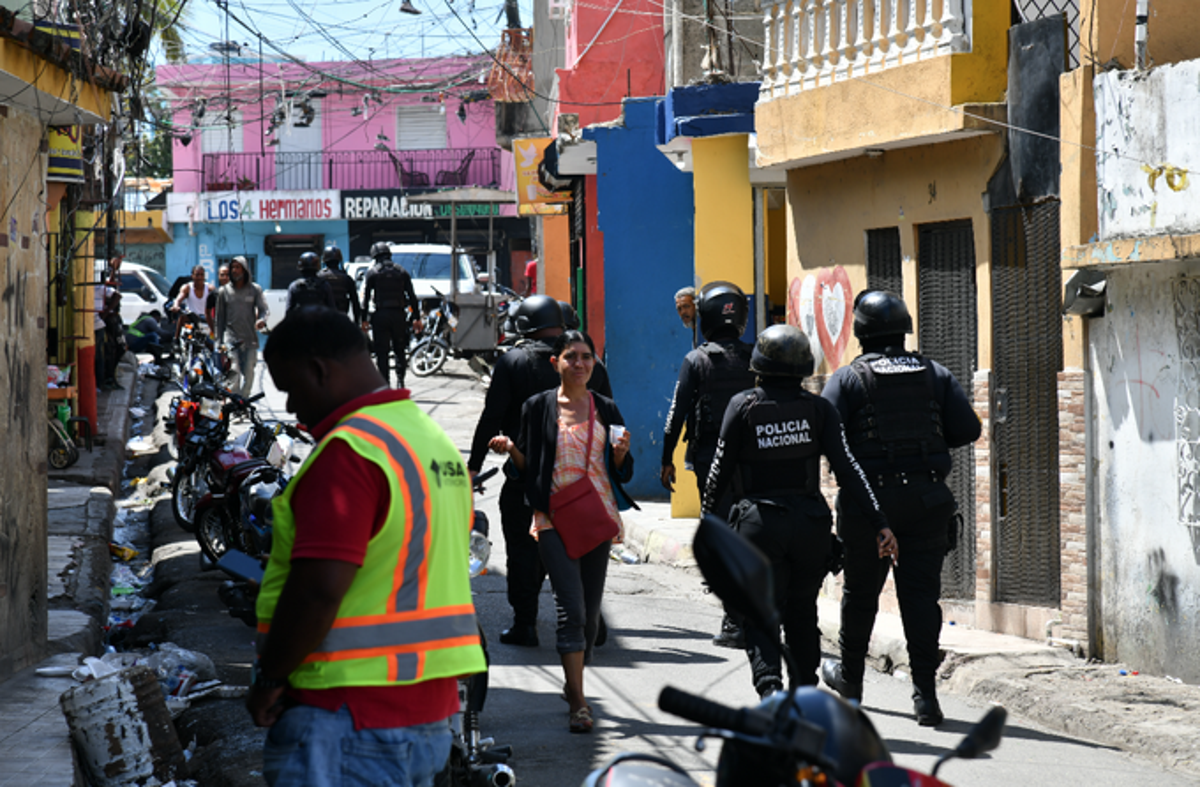 The Tunnel leads directly to the coastal limit of a community that struggles to illuminate a new future in the shadows of forgetting its needs. RAUL ASENCIO/LD

The Capotillo expansion is a sector that almost all citizens have heard of at least once, in good or bad form.

The more than 700,000 square meters that these neighborhood covers are the scene of hostile environments and residents who, with their actions, seek to dispel the shadows that permute over the name of the sector.

Los Manguitos, on 42nd Street in the capital’s neighborhood, is one of the areas where the sun seems to shine the strongest, or at least that is how it is perceived.

Although the place as mentioned above is accessed through the same streets, wide at first and narrower as you enter the heart of the neighborhood, there “things get hot.”

It was not noon, but the street was already burning with the crossing of motorcycles at full speed, the four-wheel-drive vehicles that zigzagged between the businesses established in the middle of the street and the sea of ​​people who traveled the narrow roads with an up and down that seemed not to have an end.

Among the walkers, at least yesterday, Monday, the black color that a group of National Police “Topos” agents wore stood out from head to toe.

As it passed, the unit, trained to penetrate alleys in search of mitigating crimes, did searches and patrolled in groups of almost ten uniformed men: According to residents, their presence in the area is common.

No school or hospital
In the hectic Manguitos, with energy that shakes anyone who arrives with so much movement of people and cars, residents are losing primary service institutions before their eyes.

Two months ago, they lost a medical assistance center and, earlier, the only school that educated the youngest of the town within four walls with a single access door.

In the case of the hospital center, Rubén Tirado, president of the neighborhood council, explained that the doors were closed due to unsanitary conditions. “There was no water, no bathrooms, and the owners asked for the premises,” Tirado said.

Likewise, the community leader, together with his peer Félix Antonio Moronta, pointed out that the students of the small educational establishment were transferred to the Salomé Ureña center, and now they have to walk “a long time” to get there.

“They left us without a school, there is no school,” Tirado stressed.

A source of light
Amid the many needs that afflict the sector and for which on February 16 “Capotillo stood up” to protest in a demonstration that caused the militarization of its main access roads, the request for expansion emerges from the Santa Clara de Asís polytechnic.

The entity has been training technical high school graduates in gastronomy, administration, software, and other areas for 14 years, being the only one of its kind.

In Santa Clara de Asís, there are 275 registered students, and only in this academic period between 210 and 260 students were left out due to lack of space, according to its director, Carlos Montás.

He indicated that in the management of the former minister of the Ministry of Education (Minerd), Andrés Navarro, the expansion was promised for which 20 million pesos had already been allocated for the work.

However, the center’s administration has made efforts to find out the whereabouts of the funds. Still, they have not yet received a response from the authorities of the Dominican educational sector.

“We don’t know if they are there or if they were finally deposited,” he said.

The center, which the director describes as one of the “great lights” of Capotillo due to its responsibility of being the only technical training school and high statistics of employability of its graduates, requires an investment of 1,300,000 pesos that they requested from MINERD.

“In the President’s speech yesterday, I saw that intention to serve. And I felt identified with him when he said that where the need is, the community presents it. This is our need,” he stated. But it is not only the limited study space; Montás also described that below the physical plant runs a ravine that floods the entrance and even school corridors with feces in times of rain.

PRECARIOUSNESS
Cañada.
To resolve the flooding with feces, they have knocked on the doors of the Santo Domingo Aqueduct and Sewerage Corporation, an entity with which they have been fighting for the intervention of the ravine for seven years.

Long way.
Another of the demands revolved around the construction of “El Tunel,” the name was given to a long road that leads from 6th Street in Capotillo to the banks of the Isabela River to improve the living condition.