Fedomu and INAPA seek to improve water service in communities 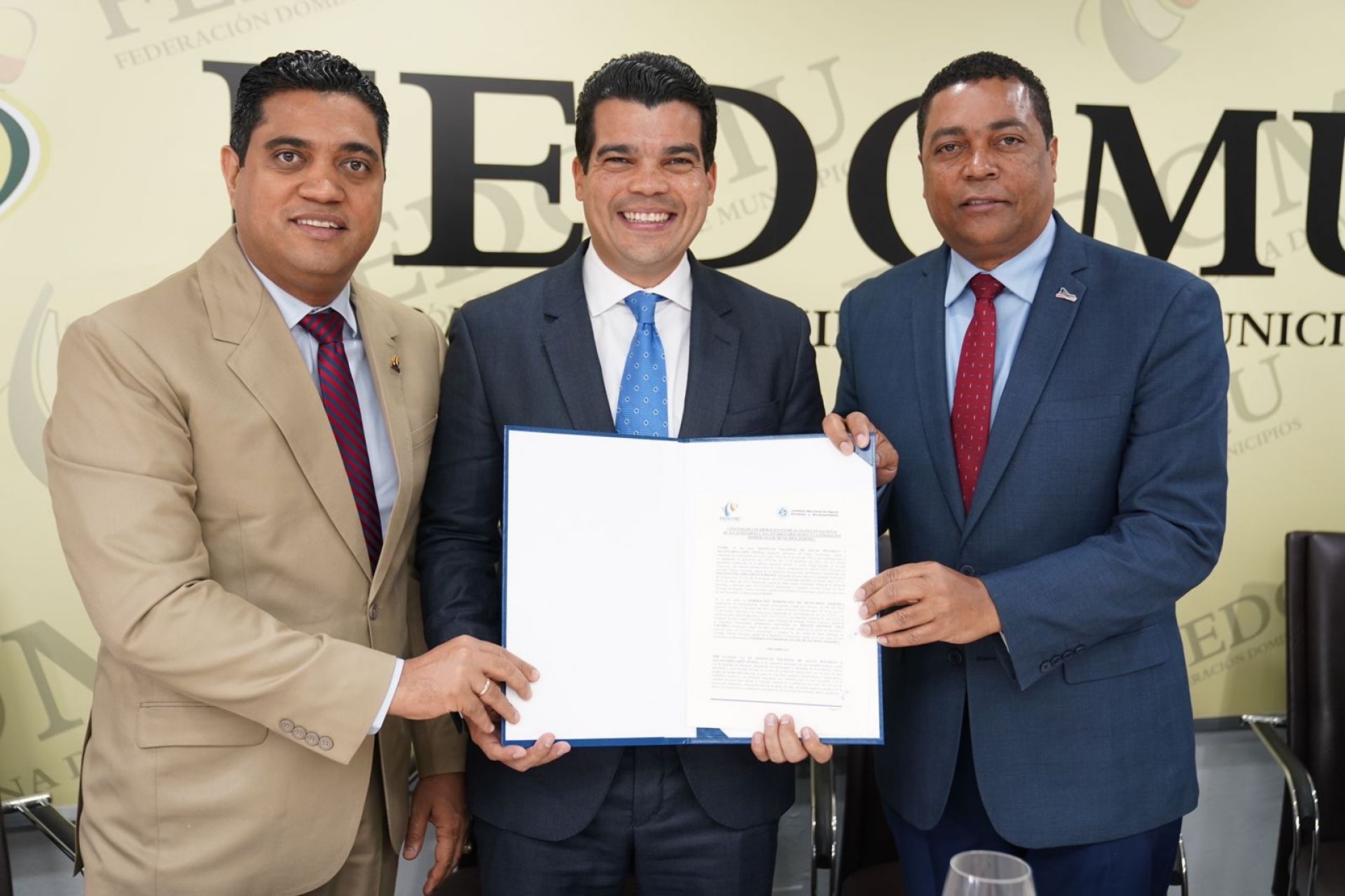 Santo Domingo, DR
The Dominican Federation of Municipalities (Fedomu) and the National Institute of Drinking Water and Sewerage (INAPA) signed an agreement to make viable and coordinating work to improve the development and sustainable development of the different municipalities, as well as to join efforts to promote necessary interventions aimed at mitigating the problems of drinking water in all the needy communities of the country.

The agreement, signed by the president of Fedomu and mayor of La Vega, Kelvin Cruz, and the director of INAPA, Wellington Arnaud, took place during the meeting of the Board of Directors of the Federation, which was also attended by the president of the Dominican Municipal League (LMD), Víctor D’Aza, as a witness; the executive director of Fedomu, Ángel Valentín Mercedes; as well as deputies, mayors, among others.

Fedomu is committed to motivating the mayors to prepare monthly reports of the construction projects approved by the Council of Aldermen. INAPA may proceed with the contracting of potable water.

In addition, it will encourage the city councils to relax, in no more than 24 hours, the approval of the use of land for the cutting of asphalt to repair breakdowns, with the condition that INAPA commits itself to cover the trench with the same material used to cover the street.

Kelvin Cruz emphasized that this agreement will have a positive impact on the development of the territories, and “I have no doubt that if before this agreement you -Wellington Arnaud- were doing an extraordinary job, after this agreement that work will be strengthened, because you will not only work alone, but from today you will have 158 mayors committed to your management.”

He said that when things are done without coordination, it brings losses and much more investment to INAPA, the city council, and the Government, but from now on, it will be an agreed schedule, collegiate, synchronized and that will bring many benefits not only to INAPA but also to the necessary strengthening of local governments.

Wellington Arnaud thanked the municipalities for the support he has received, for which “we must recognize that without the support of the mayors, it would be impossible to present the excellent results we have had today.”

“This is a marriage without divorce, because working with the people and for the people is the common goal of all, therefore, reaching this agreement with Fedomu is essential for planning in each territory,” he said.

He indicated that INAPA is bidding for asphalt, trucks, and small rollers. Every time a breakdown has to be intervened, the institution will immediately leave the street asphalted.

The agreement establishes that both Fedomu and INAPA will coordinate, through their regional offices, planning meetings between technicians of the municipalities and INAPA for the prioritization of the works and the schedule for the execution of the works.

Likewise, INAPA is committed to continuously maintaining the sewage system in the country’s municipalities, coordinating with the cities, and placing billboards to identify that work is being done, containing the institution’s logo and the city.

The two institutions will designate a liaison to follow up on the commitments and achieve the objectives of this agreement.