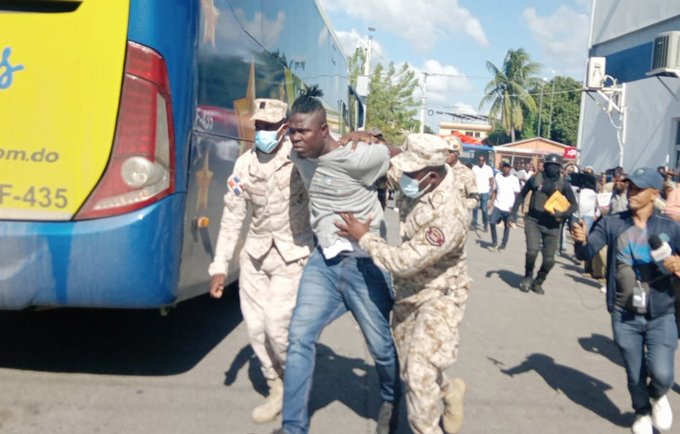 Dajabón, Dominican Republic.- A former Haitian police officer who was wanted to be investigated for the assassination of the president of his country, Jovenel Moise, was arrested Wednesday when he tried to enter Dominican territory.

In the operation to apprehend Philome Tanis, who was a member of the advance guard of the Haitian president, took part members of the Fourth Brigade of the Dominican Army, the Specialized Border Security Corps (Cesfront), Immigration officials and agents, as well as other organizations state security.

Haitian authorities define Tanis as very dangerous. He was actively wanted in the neighboring nation to be investigated in relation to Moise’s murder and for other facts.

The arrest took place at 4:30 pm yesterday at the Dajabón border post.

These guys continue to see the DR as a sanctuary. Stupid move! The first place where your name is posted is at the borders. Brandt tried the same escape to the DR plan and was quickly caught. Haiti is a very big place. So many small towns where jeeps can’t even pass. Hide where nobody without a donkey or an ATV would dare look for you.

It’s easier to be found in Haiti have you ever been there ?

I didn’t say it was easier …nor harder and I have never been there have you?