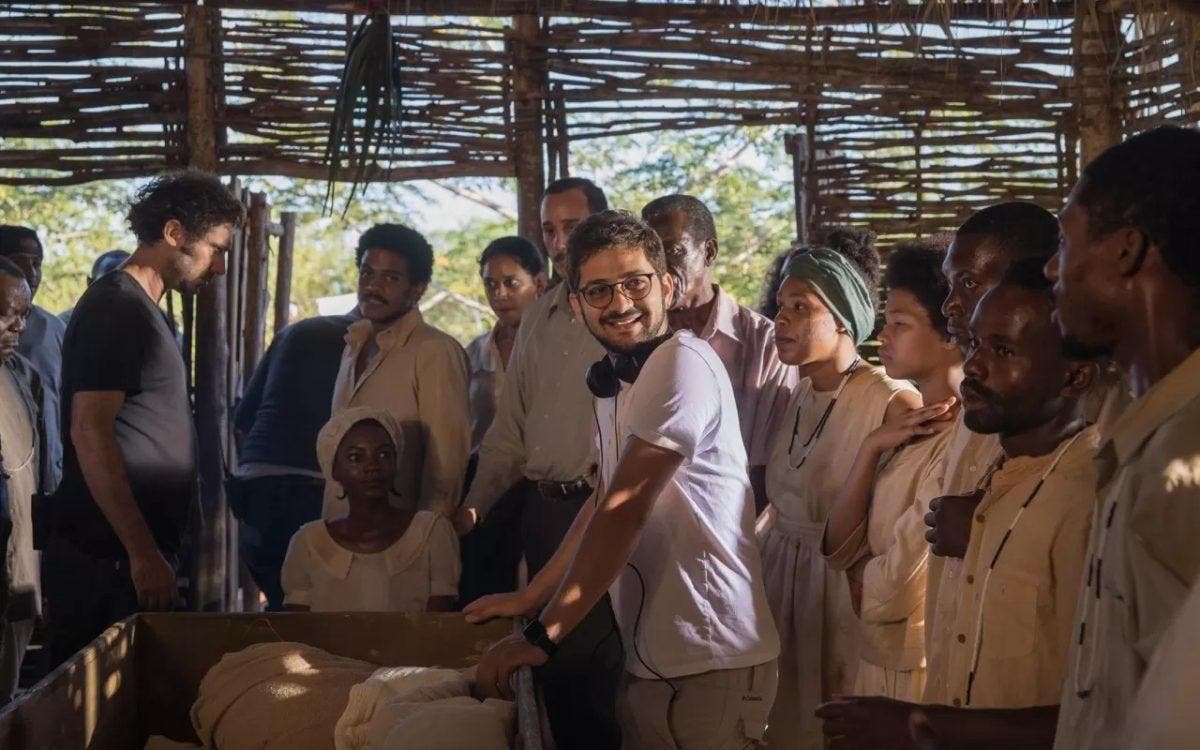 "This is a place that has so many types of locations," including beaches, mountains and colonial cities, as well as "technicians trained to meet the needs of international productions," said the director. "We are creating our own industry and what we want to tell as filmmakers," he added.

Dominican director José María Cabral reconstructs the massacre of Haitians ordered in 1937 by the dictator Rafael Trujillo in his most recent feature film, “Perejil,” with which he returns to the “dark, xenophobic and racist past” of the Dominican Republic. But, unfortunately, their tails persist, as he told Efe.

The feature film, whose world premiere will take place this Sunday at the Miami Film Festival, brings to the present the genocidal order to carry out the so-called “parsley massacre” and does so through the eyes of Marie, a young Haitian woman near gives birth and married to a Dominican.

Trujillo (1891-1961) ordered his troops to eradicate the Haitians residing in Dominican territory, especially in the northwest of the country, on the border with Haiti, for which, and hence the title of the film, the victims through the word “parsley,” because in the Creole language the letter “r” has a different pronunciation.

“It was a xenophobic and racist order,” says the young director about the execution that took place in the first days of October 1937 and for which, in pursuit of “whitening” the population, as Cabral points out, even Dominicans even died. black or mulatto.

Cabral points out that one of the reasons for having filmed “Perejil” is that the massacre is not a “discussion topic” in schools today and that in his country it seems that “there is no interest in understanding how bloodthirsty the dictatorship was.” de Trujillo,” whose figure still has a few followers.

“There is an idea of ​​being able to hide our xenophobia, of not wanting to see that dark, xenophobic and racist past that was breathed at that time and still exists, although not at the same level. It has to do with not wanting to see ourselves and our past”, said the young director.

TALK ABOUT THE PAST TO UNDERSTAND THE PRESENT

In Cabral’s film, which will be the fourth of his filmography to be screened at the Miami festival, the action takes place in the town of Dajabón, bordering Haiti and where Dominicans and Haitians coexist harmoniously.

“It is a community that works,” and that “in those years they coexisted and lived” without hatred in between, which usually comes from political leaders,” highlights the director, in whose film the characters speak Spanish and Creole. He is confident that “Perejil, “which awaits a tour of international festivals before its commercial premiere in the Dominican Republic, can spark “a healthy dialogue, a lofty debate” in his country in order to “start talking about these issues and understand the present.

He sees “very dangerous” in that sense a kind of “micro-Trujillism” that is felt in the Caribbean country, made up of a “small group” with “Trujillist attitudes and thoughts.” However, he points out that there has been a “slow process” towards greater democracy in the Dominican Republic in recent years. In order for the viewer to understand the “human tragedy” behind the genocide portrayed in the film, Cabral decided to appeal to “something as vulnerable as a woman trying to give birth on the night of the massacre” in Dajabón, a character played by the actress Haitian Cyndie Lundi.

“One of the best I’ve ever worked with and one of the best Caribbean actresses I’ve ever seen,” says the director, exhausted, about his protagonist, whom he had already recruited for a role in his previous feature film, “Hotel Coppelia” ( 2021), which also has the Trujillo dictatorship as a background.

THE “BOOM” OF DOMINICAN CINEMA

“Perejil” is one of the films that make up the “Dominican Quintet,” the sample that the Miami Film Festival, which opens next Friday, March 4, has included in its programming to highlight the recent boom in cinematography in the Caribbean nation. In addition to Cabral ‘s film , the selection includes four other films, some of them premieres in the US- “ Candela,” by Andrés Farías Cintrón; “ Carajita,” by Silvina Schnicer and Ulises Porra Guardiola; “ A film about couples,” by Natalia Cabral and Oriol Estrada, and “ Dossier of Absences,” by Rolando Díaz.

Cabral points out that the current “boom” of national and international cinema being shot in the Dominican Republic has its origin in the film law enacted in that country in 2010 to stimulate audiovisual production and that, among other things, has allowed the leap of an average of two feature films produced a year to almost twenty today.

Are you denying history?

Not at all, but let’s say the whole history not just pick what’s convenient for they’re narrative. Let’s talk about how Haitians murdered over 100k Dominicans during they’re invasion of 22 years we never talk about that …

Well !!! There is always opportunity for someone to to make a film about the 22 year invasion.

that kind of films do not have a place in the liberal-hipocrite world of movie producers.

The movie producer should leave and die! BULL****! The neighbor stole the valley of La Miel in the 1890’s and then illegally occupied Dajabon during the American administration (1916-1924). In addition to the theft of cattle and the contraband of goods & weapons, the neighbor stole Dominican land.
After fixing the border (1936) which stopped the next door neighbor from stealing more Dominican land, Trujillo ordered the illegals in DR to leave Dominican land in two weeks (10/1939) but the invaders ignored him and so Trujillo purged the border, returned Dajabon to DR, and retaliated for the 1805 massacre of STO DGO conducted by Dessaline/Christophe!

To the movie producer, I wish you illness, diseases, and tragedies!
DR is the most equal society in the Americas where people of all skin color own businesses, join the armed forces, play sports, and form part of the government! Race is not an issue in DR. The only country in the island who demonstrated racism is the neighboring country to DR who invaded STO DGO/DR six times in the past, forced European descendent to leave (half of the population left by 1820) and even massacred them (1805).

So happy this is getting more distribution