They propose “paid donation” of blood 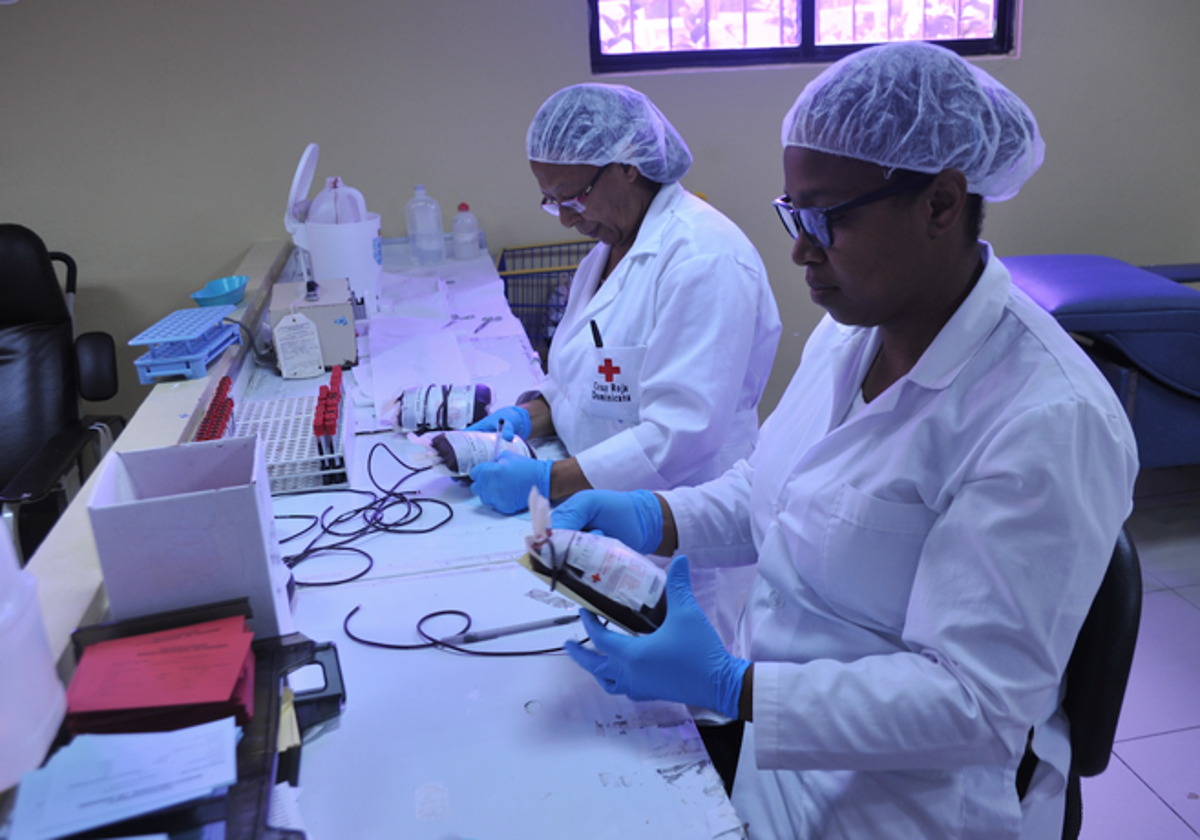 The director of the National Blood Center called on the population to attend to donate blood, to continue saving lives and reduce the deficit in the country every day. FILE/LD

Society is affected by a blood deficit estimated at 250 thousand units per year.

Santo Domingo, DR
Although the General Health Law prohibits the financial remuneration of blood donors, payment for this service is a common practice in the country, to which blood banks and the families of patients who require blood or hemo-components to attend to a medical emergency are forced to resort.

The engineer Freddy Baez stated this, who directs a network of five private blood banks in the country. He understands that until the Dominican Republic modifies the current legislation, legally establishes remunerated blood donation, and streamlines the authorization mechanisms, it will not be possible to end the deficit of blood that affects the country, estimated at 250,000 units per year.

He said that voluntary blood donation should be placed in quotation marks. In practice, the donors receive between 1,200 and 1,500 pesos from the laboratories and their relatives; However, they do not do it inside the establishments; they also pay people to donate.

Baez, who installed blood bank services as a promise to his daughter after she saw her mother die because she lacked 300 pesos to pay for a unit in a laboratory, made his remarks to Listin Diario following publications about the demand for blood and the National Hemocenter’s efforts to look for mechanisms to motivate voluntary donation.

In his opinion, the only way for the families to stop living an ordeal when a patient requires a transfusion is that the paid donation of blood is legally established in the country, as it happens in other countries.

It is not about donors.
“The biggest problem in the country is not of donors, but of the General Health Law and the Qualification Regulations that do not allow you to pay donors, and that is a lie, all the blood banks pay the donors, and if this is not done, there is no way to have blood available,” he pointed out.

He said that the same is done by the patient’s family, who needs blood. He pointed out that the country requires about 300 thousand donors to guarantee the demand per year.

He understands that if the country wants to have enough blood and not have a deficit, it must necessarily modify the article of the law that prohibits it from guaranteeing the population’s demand.

He explained that the donation of blood from family to family is very little because that implies a preparation, so those cases are the minimum that is received in the blood banks, in addition to being replacement blood, if that donor has some condition that the blood can not be used, the cost of the unit must be paid.

He said that a unit of blood at a private level costs around 6,000 pesos. However, in case of an emergency, some people have offered up to 25,000 pesos to obtain it, which is not allowed in their banks, and they even give it free of charge to certain entities that work with vulnerable patients.

Qualification
Baez also advocated modifying the regulations for the authorization of blood banks, since currently, to obtain a license, one must wait five or six months. When the term expires, all the documentation from the first time must be deposited again.

He said that previously a license was granted for five years and cost 15,000 pesos, but currently, the cost is 40,000 pesos, and they want to reduce the time to one year.

Hemocenter proposal
On Tuesday, Listín Diario pointed out that the National Hemocenter has a Master Plan underway to encourage the voluntary donation of blood in the country and to reduce the current deficit, which has already started with educational talks and visits to companies, institutions, and educational centers for the collection of blood and blood products.

The plan also includes a proposal to sign agreements with different organizations, which is in the elaboration process, to guarantee incentives to those who carry a card that identifies them as voluntary blood donors. With this document, they could use the cable car and the subway for free and obtain substantial discounts when enrolling in a university and when accessing technological products.