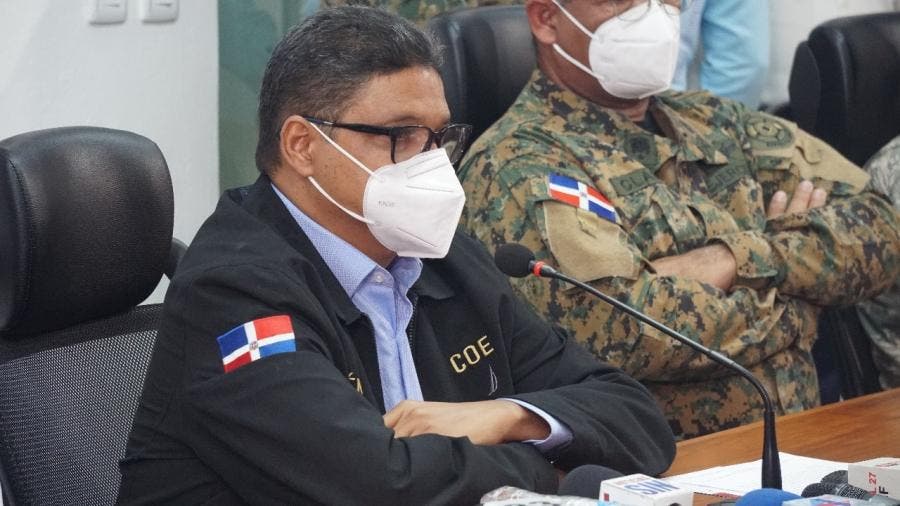 Today, the Emergency Operations Center (COE) placed five provinces of the country on green alert due to a trough moving east.

“The COE issues green alert for 05 provinces for possible river flooding; streams and creeks, as well as flash or urban flooding,” it posted on its Twitter account.

The entity assured that “due to a trough that moves in the eastern portion of the country.”

Onamet forecasts: Showers and wind will hit the country today.
It warns that this would be “gradually causing an increase in humidity and instability in our environment.”

The provinces indicated on green alert by the COE are Espaillat, Puerto Plata, La Vega, Santiago and Monseñor Nouel.

ONAMET
Earlier, the National Meteorological Office (Onamet) forecast that there will be moderate to heavy downpours at times, thunderstorms, and gusty winds over provinces in the northeast, southeast, north, northwest, border, and Central Cordillera regions due to the approach of a trough.

ONAMET, as well as the COE, forecast that temperatures will remain cool in most of the national territory.

In the province of Santo Domingo, there will be scattered showers, moderate at times and, possible thundershowers, isolated gusts of wind.

The agency announced that there would be scattered showers and wind gusts in the National District.