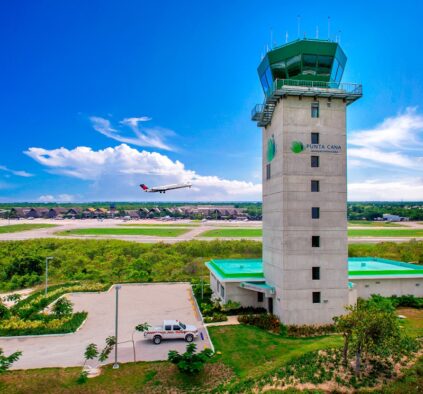 Prior to this flight, the number of Ukrainians stranded in the DR was estimated at 3,000

The first humanitarian flight for the transfer of Ukrainian tourists stranded in vacation areas of the Dominican Republic before the Russian invasion, departed on the night of Friday the 4th from the Punta Cana International Airport, with 282 Ukrainians on board.

The information was confirmed by Carlos Manuel Mesa, assistant and adviser to the honorary consul of  Ukraine in the Dominican Republic, Ilona Oleksandrivna.

According to Mesa, part of the donations received for Ukrainian citizens were sent on the same flight, including canned goods, personal hygiene items, water, clothing, disposable diapers, and children’s toys.

In addition to the hotels, he said that some Ukrainians are on the farm owned by ex-player Tony -Cabeza- Fernández and, in Santo Domingo, the Association of Pastors and Evangelical Churches offered accommodation, according to Diario Libre.

Before the flight, it was estimated that some 3,000 Ukrainian citizens were vacationing in the tourist resort of Bávaro and Punta Cana, in the east of the Dominican Republic, when the war with Russia broke out.

The advisor praised the measure adopted by the Tourism Office to provide lodging in Puerto Plata to Ukrainian citizens who had already expired the 48-hour period that they had received as an extension to their original lodging in Punta Cana.

“This came as an incentive to the whole problem because they are going to receive accommodation under a humanitarian rate of US$15.00 per person and the Government is going to assume all of that and we welcome that measure and that is going to be for a period of 15 days,” Mesa said. After 15 days, Ukrainian citizens who remain in the country will be transferred to the Olympic Village as a final alternative.

“They are not going to return to their country of origin because right now the armed conflict does not allow it. They are going to countries in Europe that are receiving them, such as Poland and countries that are on the border,” he added.

15 dollars or really 10 dollars is the normal rate in a dominican area..but this ppl are paying at least 200+ a night….now they can go in the front lines…vacation over…….