A boat with hundreds of migrants from Haiti runs aground 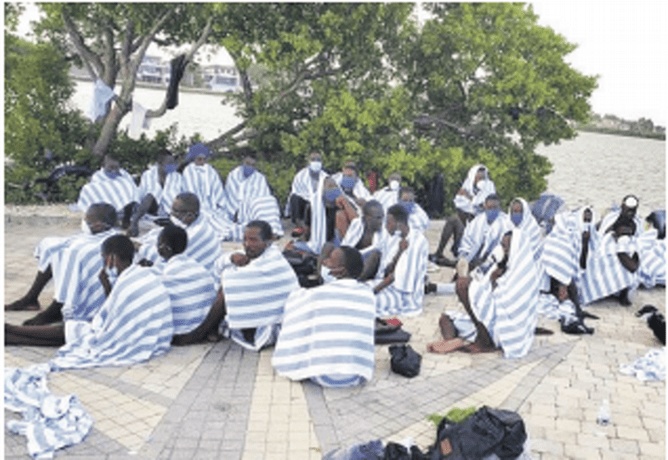 Haitian migrants on the shoreline covered in towels after the wooden boat they were traveling in ran aground off Key Largo in the Florida Keys. AP

The Coast Guard and other agencies came to help the migrant group, including children and women.

Federal authorities said that a wooden boat carrying hundreds of Haitian migrants in an apparent human smuggling operation ran aground in shallow water in the Florida Keys, where 163 people swam to dry land, and many required medical attention.

The boat full of migrants listed sharply near the Ocean Reef Club in Key Largo, not far from where another vessel carrying 176 Haitians was detained in January.

Many of the migrants required medical attention, according to a tweet sent by Walter N. Slosar, head of the United States Customs and Border Protection (CBP), on Sunday night.

The Coast Guard and other agencies came to help the migrant group, including children and women.

At the moment, it is unknown how many people were transferred to hospitals. However, Coast Guard footage at the scene showed large numbers of Haitians with towels on the shore.