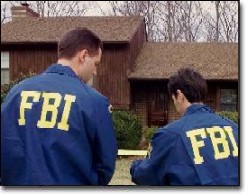 Santo Domingo.- The recent sting Operation Discovery dismantled by the authorities of the Justice Ministry, the criminal organization operated through call centers that were made various people fluent in English, technology and lent themselves to be agents operators that contact victims by swindling and extorting them according to a script previously established by the owner or administrator of the same.

The use of technology has been their main tool, since they use redirection systems for simulated calls to commit the crime.

Enriching himself for more than one hundred million dollars, related to the punishable acts of international fraud, extortion, usurpation of functions, illegal possession of weapons, criminal conspiracy and money laundering, local media report.

Their modus operandi were through calls using various subterfuges, such as extortion, intimidation, sending medicines using “delivery”, usurping the functions of officials of the United States of America as FBI agents, identity theft among others to force the scammed to send money.