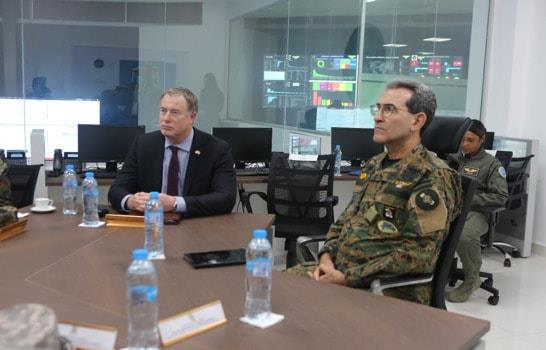 Santo Domingo.- Dominican Minister of Defense, Lieutenant General Carlos Luciano Díaz Morfa, held a meeting with Daniel P. Erikson, Deputy Assistant Secretary of Defense for the Western Hemisphere of the United States, in which they reviewed the collaboration of both countries to address common threats in the Caribbean region.

Drug trafficking, smuggling, border security and irregular migratory flows were some of the issues discussed at the high-level meeting, which took place at the Command, Control, Communications, Computers, Cybersecurity and Intelligence Center (C5i) of the Ministry of Defense.

The senior American official, who is responsible for US security and defense policy for the region, which includes 34 nations, including Canada, Mexico and the countries of Central America, the Caribbean and South America, was received by all members of the Dominican military high command.

According to a press release, the meeting reviewed the strategic, operational and tactical capabilities, and the resources of the Armed Forces of the Dominican Republic, to address these threats and other crimes. The experience and contribution of the Dominican military to the containment of the pandemic caused by COVID-19 was also analyzed.