350 Ukrainians who were stranded in the country leave for Poland 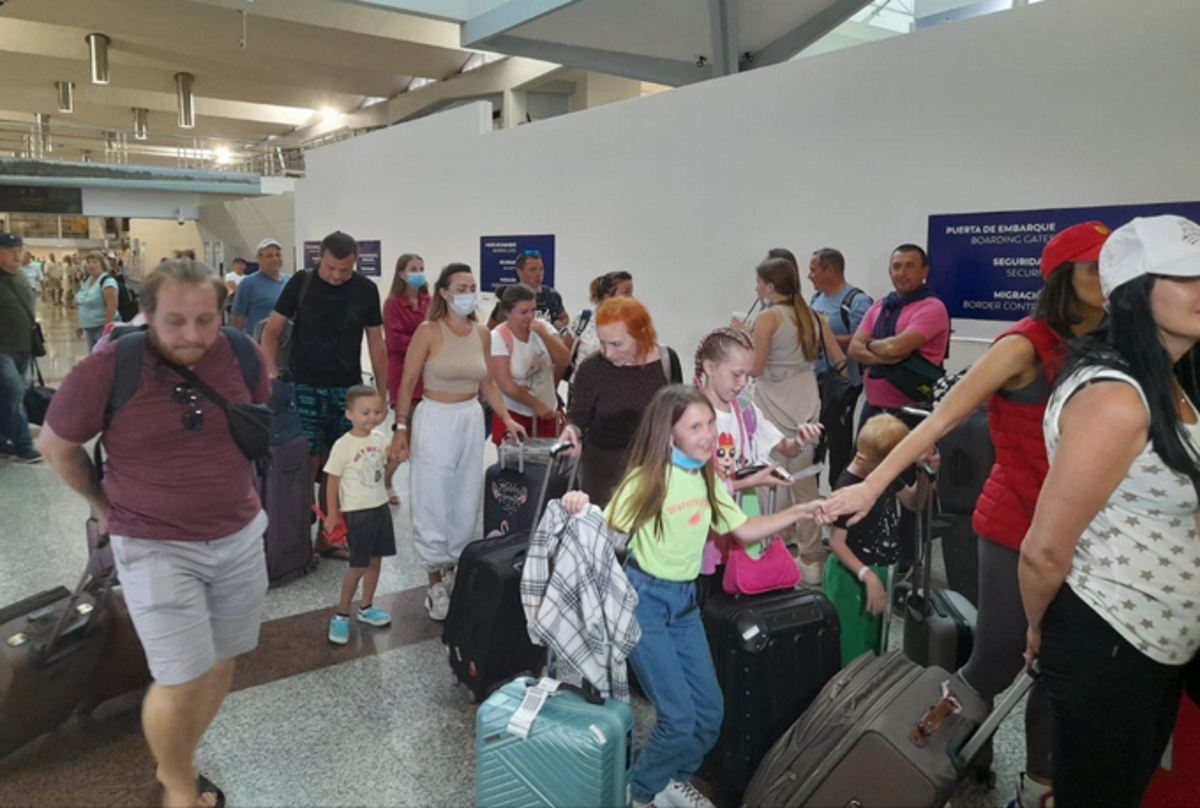 Hundreds of Ukrainians have already left the country.

Some 350 tourists from Ukraine stranded in the country after Russia invaded that nation, traveled last night on a humanitarian flight that left the José Francisco Peña Gómez International Airport of the Americas, bound for Warsaw-Poland.

The departure of foreigners occurs as part of the concrete actions announced last Friday by the Tourism Cabinet in support of the citizens of Ukraine.

These Ukrainian tourists had been stranded in the Dominican Republic for several weeks after Russia’s intervention in their country. The group left on a humanitarian flight of the airline TUI FLY.

The plane with the foreigners took off at 11:30 at night from the International Airport of the Americas, bound for Warsaw, Poland, with at least 350 residents, including women and children. The group’s departure was coordinated by the Tourism Office with tour operators and the airline by TUI FLY, with all costs covered by this company.

While 184 people have been transferred to Puerto Plata from Punta Cana and are located in 80 rooms at the Casa Marina Beach & Reef Hotel.

Don’t worry kamala is there to greet them and giggle