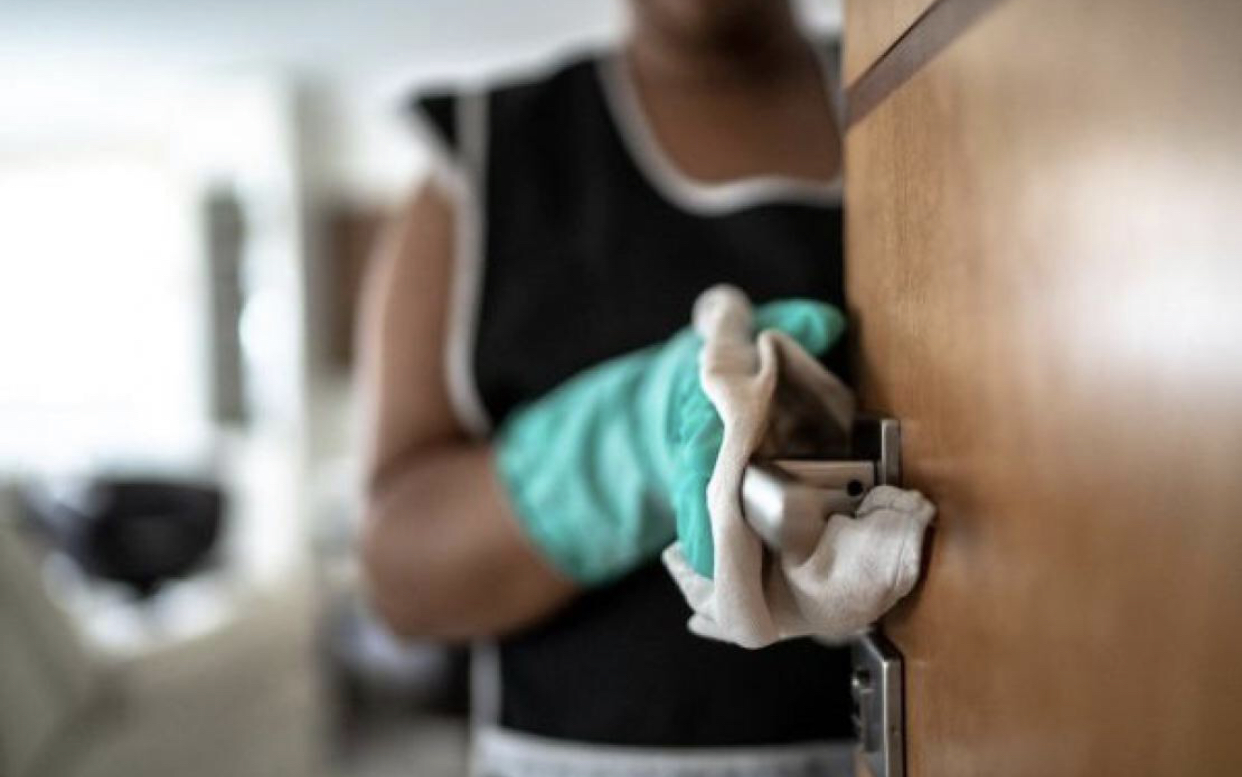 Santiago, DR.
Maria Bracho, a Venezuelan who migrated to the country four years ago from Maracaibo, Zulia State in Venezuela, works as a domestic in two-family homes in Santiago like many others from her homeland and Haiti.

Although her passport has expired, Bracho says she is doing well in the country and that many housewives call her to work in their homes, but she has turned it down because she cannot force herself so much.

“I am doing diligence to see how a cousin of mine manages to emigrate here and give her that opportunity, I have told her that she would fall planted at once and that Dominicans are good and do not discriminate against immigrants,” she commented.

Raisa Rodríguez, another Venezuelan, indicated that she has been working in a family home that treats her very well for the last two years. In addition, she spends her free time doing cleaning work in a cafeteria.

“We pay them the minimum wage established by law, we give them free meals and lodging if the contract supports it, we treat them well, so I see no reason why they do not want to work in family homes,” she said.

Estevez said that there were people who humiliated and mistreated domestic workers in the past, but times have changed.

Other upper and middle-class housewives informed the Listín Diario that they often have to pay other people to find them, domestic workers. Still, almost always, the ones who appear are Venezuelan and Haitian.

Preference
As for childcare, many heads of household express their preference to hire Dominicans or Venezuelans because their official language is Spanish, so their children understand them better.

However, when caring for the elderly, the sick, and relatives in particular conditions, they prefer Haitian women with nursing degrees.

“My mother is sick, invalid and the one who takes care of her is a Haitian nurse, so far I have no complaints about the work she is doing,” said architect Rosaura Garcia.

People consulted added that many Haitian women studied and are studying nursing in different universities. However, since many of them have expired work and stay permits, it is hard to find work in public and private health centers. Hence, they decide to lend their knowledge in family homes taking care of the elderly and the sick.

Foreign cheap labor is distorting the labor force in DR and creating a demographic problem to DR. This displacement is creating a dependency (loss of sovereignty) and change of identity & culture that erases the native original essence.
We can’t let money dictate what is living and operating on the island!

Take over, this is could be a laughable conjecture. Foreigners have almost always had the edge in domestic jobs. It is because; they work cheaper, do longer hours, and silently put up with the relentless demands and threats from their employers.

There is no doubt there are Dominican workers in this field. However, employers prefer the foreigners for obvious reasons.