Dominican Republic authorities had scrambled to save cruise ship(Update) 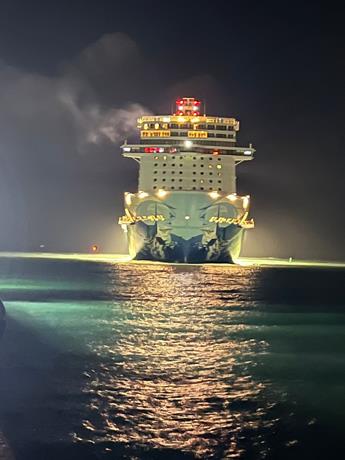 Puerto Plata.- The Norwegian Escape cruise ship that had remained stranded last night in the bay of Puerto Plata, with nearly 5,000 people between passengers and crew, set sail without incident around midnight.

Vice Admiral Ramón Gustavo Betances, commander of the Navy of the Dominican Republic, when announcing the preliminary report of the incident, indicated that the winds registered in the Atlantic coast pushed the ship out of the channel.

As a strategy, the authorities released ballast from the bow. He said they used several tugboats to tow the boat to deep waters.

Apordom: “Everything is under control”

The Dominican Port Authority appointed a commission in permanent session to deal with the case.